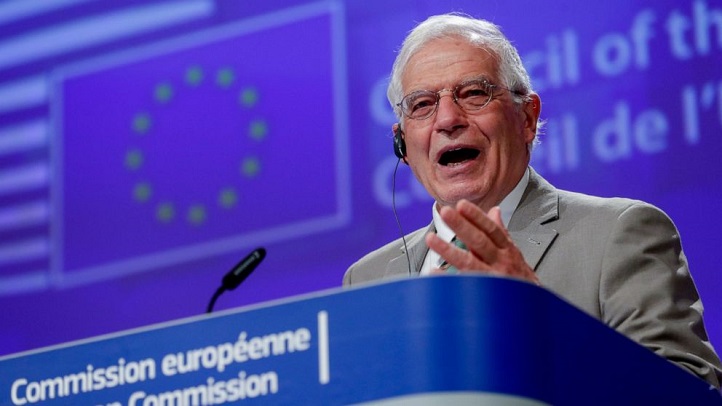 The European Union must adopt a "more robust" strategy to deal with an increasingly assertive China, the bloc's foreign policy chief said Monday.

The 27 EU states, many with differing attitudes to Beijing, have struggled to find a unified response to China's increasing willingness to use its geopolitical clout.

Josep Borrell, the union's high representative for foreign affairs, said it was vital the bloc finds a way to maintain "collective discipline".

Borrell's remarks come as Beijing seeks to tighten its grip on Hong Kong with a new security law following pro-democracy protests in the territory.

"China is getting more powerful and assertive and its rise is impressive and triggers respect, but also many questions and fears," Borrell said in a speech to German ambassadors.

He said relations with China should be based on "trust, transparency and reciprocity" but warned "this is not always the case today".

"We only have a chance if we deal with China with collective discipline," he said.

"We need a more robust strategy for China, which also requires better relations with the rest of democratic Asia."

While some EU countries have argued for a tough line, others have urged caution, and Beijing has used investment from its huge Belt and Road infrastructure project to curry favour, particularly in eastern Europe.

Earlier this month Borrell accused Beijing of seeking to play EU member states off against one another.

The criticism in an opinion article published in several European newspapers came after a difficult few weeks in EU-China ties, in which Brussels was twice accused of bowing to pressure from Beijing.