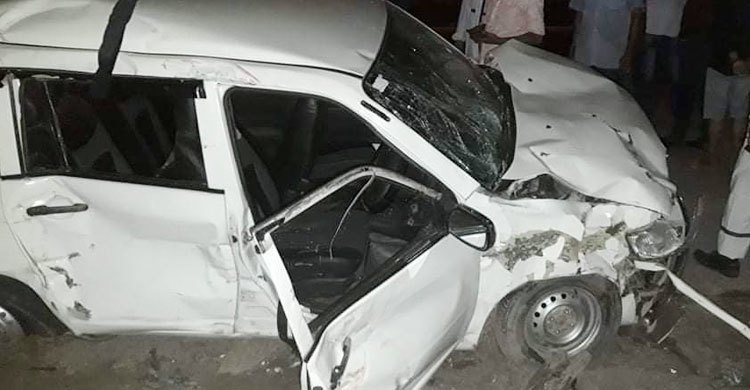 Three people, including the driver of a private car, killed in a collision between two private cars in Kalyanpur area of the capital on Sunday night.

The deceased were identified as car driver Uzzal Mia, 25, and two pedestrians – Razu, 15, and Sabuz, 24.

The two pedestrians were pushing Uzzal's car to a nearby petrol pump as it ran out of fuel. In the meantime, another car driven recklessly by one Mahmud Hasan Rabbi hit Uzzal's car from behind, leaving the trio died on the spot, he said.

Three, including Rabbi, sustained injuries during the collision.

The SI said, a resident of Kafrul, Rabbi also had a friend in the car.

The bodies were sent to Shaheed Suhrawardy Medical College morgue for autopsy.

Police seized both the cars and filing of a case is underway.