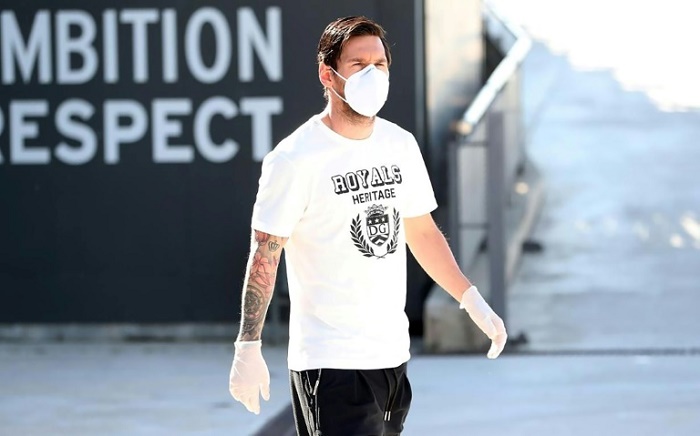 Spain’s Prime Minister Pedro Sanchez announced on Saturday that La Liga can resume from its coronavirus lockdown in the week of June 8.

“The resumption of major professional sporting competitions and in particular La Liga will be allowed from the week of June 8,” Sanchez told a press conference

La Liga president Javier Tebas has said the preferred date for games to resume is Friday, June 12 and Sanchez’s announcement means that plan has been given the green light from the government.

“We are very happy with the decision. It is the result of the great work of clubs, players, coaches,” wrote Tebas on Twitter.

“But it is very important to follow the health protocol and respect the trajectory of the pandemic. We cannot lower our guard.”

More than two months after the COVID-19 pandemic halted the season in Spain, players have begun training in small groups as they aim to be as ready as possible for the planned reboot next month.

Barcelona sit top of the table, two points ahead of Real Madrid.

Clubs have 11 games left to play to finish the season, with the proposed final round to be completed by the end of July.

The Andalusian derby between Real Betis and Sevilla is likely to be the first game back.

A compressed calendar would mean teams playing matches both in midweek and at weekends while fixtures will be held behind closed doors, with only 197 people allowed to attend, according to a protocol prepared by La Liga.

Players will also undergo tests for coronavirus the day before games and will have their temperatures taken before being allowed to enter stadiums.

“When you leave the house the risk is already there,” Barcelona captain Lionel Messi told Mundo Deportivo earlier this month.

“So I think you can’t think about it too much because otherwise you’ll not want to go out anywhere.”

La Liga’s staggered training programme meant players began working individually at training grounds on May 4 and were able to expand into groups of up to 10 players this week.

The top flight was first suspended on March 12, the same day Real Madrid went into quarantine following the positive test of one of the club’s basketball players.

But Tebas has been adamant the league must restart, having estimated that a cancellation of the season would cost clubs around one billion euros ($1.09 billion).

France’s Ligue 1 has been cut short, with Paris Saint-Germain declared champions, while the Bundesliga in Germany became the first major European league to resume behind closed doors last weekend.

Tebas has said the chance is low of players infecting each other during games.

“In the match environment, infection is practically impossible because we have carried out a study that we will present that shows the smallest risk is in matches if everyone respects the medical protocol,” Tebas said earlier this month.

“If things are done as they should be, there shouldn’t be any infections. If five infections appear in one club, it would suggest some negligence.”

Spain has been in lockdown since March 12 and is one of the worst-affected countries by coronavirus, with 28,628 deaths according to the Ministry of Health.

But Sanchez said “the hardest part is over”, with the reproduction rate down to 0.2 and the number of confirmed daily deaths in the country dropping to 48 on Saturday.

Meanwhile, the decision to restart the Spanish season was praised by Lyon — who play in the French League.

Lyon have seen an appeal over a decision to call off the French Ligue 1 season fail, an outcome which left the seventh-placed side outside the Champions League spots for next season.

“After the Bundesliga, it (La Liga) is the second major championship which sees a resumption confirmed,” said a club statement.

“Lyon hopes that the example of Spain coming after that of Germany will allow a reconsideration of a decision taken too hastily in France.”