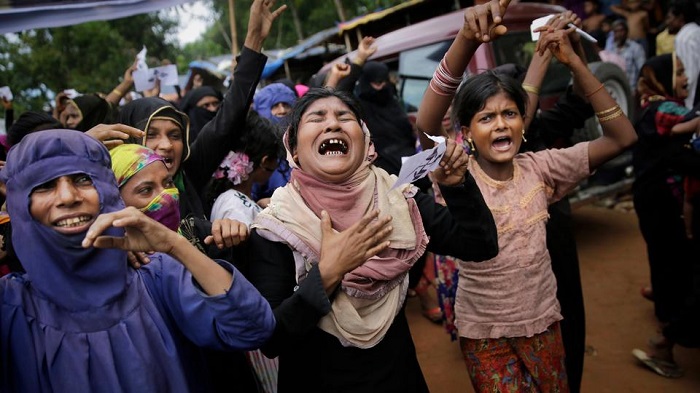 “Despite the International Court’s order, nothing has changed for the estimated 600,000 Rohingyas who live in Rakhine State in dire conditions, including around 126,000 whom the authorities are holding indefinitely in camps,” said Amnesty International’s Southeast Asia Regional Director Nicholas Bequelin said.

Nicholas came up with the remarks ahead of today’s deadline for Myanmar to report on its compliance with the International Court of Justice’s order to take “provisional measures” to protect the county’s Rohingya minority, an AI press release said.

“They are still denied their rights to nationality, freedom of movement and access to services – including healthcare. They are also caught in an escalating armed conflict between the Myanmar military and the Arakan Army.

“Internet blackouts have kept the Rohingyas and other minorities in Rakhine and Chin States deprived of potentially life-saving information, and impeded monitoring of the humanitarian situation on the ground,” he said.

Nicholas said the reality remains that no meaningful steps to end atrocities – including the crime of apartheid – have been taken.

“Until there is genuine accountability for those responsible for crimes under international law, there is little hope for improvement in the lives of the Rohingya and other ethnic minorities in Rakhine, Kachin and northern Shan States. These populations still suffer from widespread human rights violations at the hands of the Myanmar authorities,” the AI officials said.

He said the Amnesty International renews its call for the UN Security Council to urgently refer the situation in Myanmar to the International Criminal Court.

Last November, Gambia filed a case at the International Court of Justice accusing Myanmar of breaching its obligations under the Genocide Convention. The complaint included an urgent request for the court to order “provisional measures” to prevent all acts that may amount to or contribute to the crime of genocide against the Rohingyas and protect the community from further harm while the case is being adjudicated.

Since February, fighting between the Myanmar military and the Arakan Army, an ethnic Rakhine armed group, has escalated in Rakhine State and neighbouring Chin State, with reports of serious human rights violations and rising civilian casualties.

A unilateral ceasefire adopted in the wake of the COVID-19 pandemic does not apply to the areas where the Myanmar military is fighting the Arakan Army, which the Myanmar authorities deem to be a “terrorist organisation”, the AI press release said.