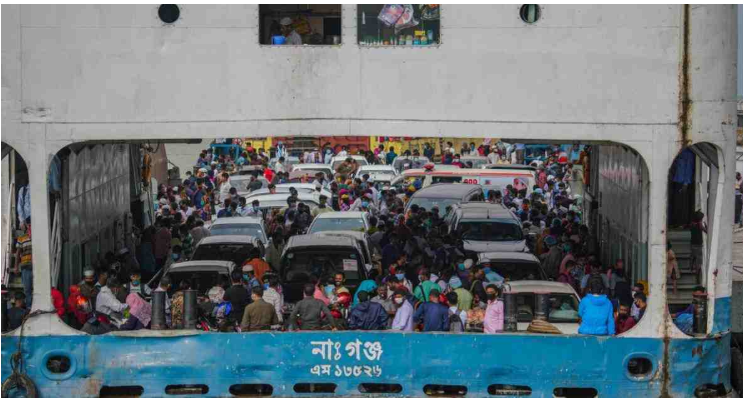 At a time when public transport movement remains suspended across the country, the government’s decision allowing Eid holiday makers to travel in private vehicles is apparently suicidal, said the Jatri Kalyan Samity.

The passengers' welfare organisation also feared that the government’s failure to restrict people’s movement during Eid holidays would pave the way to further failure in containing coronavirus transmission and controlling road accidents.

The organisation came up with the remarks through a press release issued by its general secretary Shamsuddin Chowdhury.

It mentioned that the authorities had initially prohibited Eid journeys to prevent the transmission of the fast spreading disease and the law enforcers also came up for strict controlling of vehicles on the highways.

But the government backtracked a few days ago and allowed Eid journeys in private vehicles keeping the public transport movement suspended.

Exploiting the decision, a quarter of car and microbus owners are running their business using various tricks, it said.

Even they are not abiding by any health guidelines while carrying passengers, putting them in the risk of being infected with the deadly virus.

However, the Samity urged the authorities concerned to ensure 14-day home quarantine for the holidaymakers after their return to the workplaces.