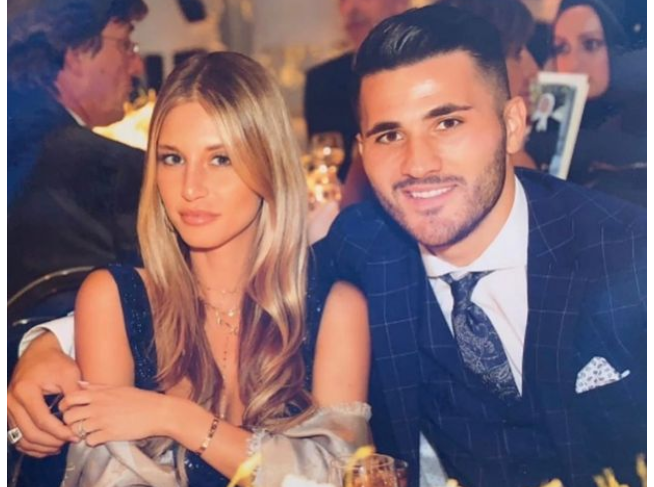 The wife of Arsenal defender Sead Kolasinac was reportedly held by police at an airport after trying to bring a stun gun into the UK.

Bella Kolasinac didn't know she was committing an offence after being stopped at London Biggin Hill Airport, report The Sun.

She was allegedly granted a permit for the powerful device in Germany - not realising it was illegal in the UK.

Bella fled to Germany after an incident involving husband Sead and Arsenal teammate Mesut Ozil in which Kolasinac stood up to knife-wielding robbers in the street.

She could have been jailed for six months - but was let off with a caution after travelling back to the UK on a private jet from Frankfurt.
A spokesman for Kolasinac told The Sun: "It was all a misunderstanding. The electro shocker was still in its packaging and didn’t have any batteries.
“Bella was able to prove she sent emails to the flight operators to make sure she could import it.

“Unfortunately, she was in the air with her phone off when she received an email saying the device was illegal.

“The airline had informed customs officers that she had the shocker before the plane landed.
“She didn’t declare it because she didn’t think she had done anything wrong. These devices can be carried legally in a bag in ­Germany if the owner has a permit.

"She’s obviously very ­security conscious after what happened to Sead and Mesut.”

An Arsenal official added: "This is a private matter and we will not be commenting.”