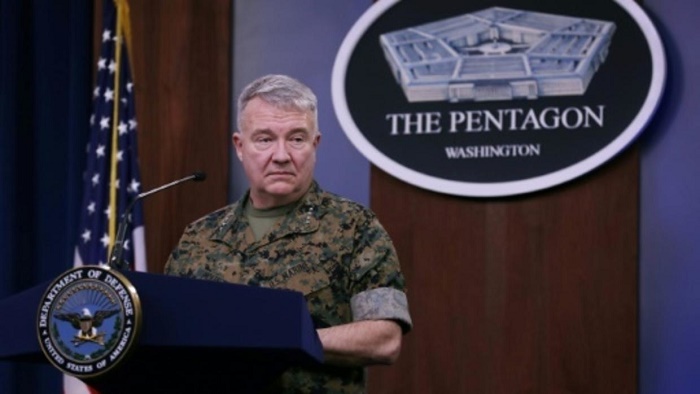 Ahmad ‘Isa Ismail al-Zawi and Ahmad ‘Abd Muhammad Hasan al-Jughayfi were killed in the May 17 joint raid on an IS position in Deir Ezzor province, CentCom said in a statement.

Al-Zawi, also known as Abu Ali al-Baghdadi, was the IS regional leader of North Baghdad, it said, and was “responsible for disseminating terrorist guidance from senior IS leadership to operatives in North Baghdad.”

Al-Jughayfi, also known as Abu Ammar, was a senior IS logistics and supplies official “responsible for directing the acquisition and transport of weapons, IED materials, and personnel across Iraq and Syria,” CentCom said.

“The removal of these IS leaders will disrupt future attacks against innocent civilians and our security partners and in the region,” it said.

“Due to the relentless pressure maintained by the SDF, IS’s remaining leadership in the area continues to dwindle,” CentCom added.

Since its territorial defeat in Syria in March 2019, IS attacks have been restricted to the vast deserts stretching from Deir Ezzor to Homs in the center of the country.

Abu Bakr al-Baghdadi, who led IS since 2014 and was the world’s most wanted man, was killed in a US special forces raid in Syria’s northwestern province of Idlib in October 2019.