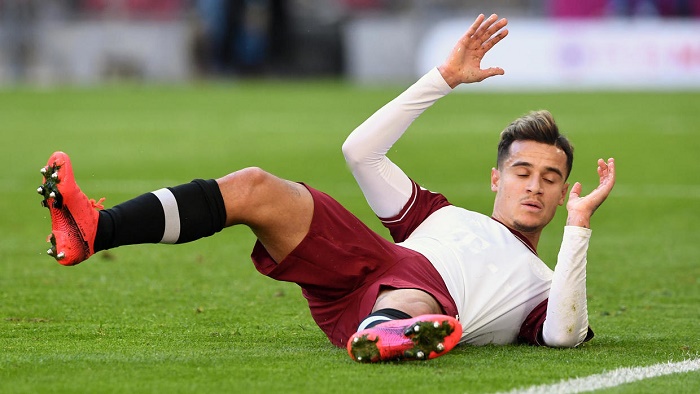 The option expired and “we haven’t activated it,” said Rummenigge.

“Now we’re going to draw up squad planning internally (for next season) and we’ll see if he still has a role to play with us or not.”

Coutinho joined Bayern last August but has failed to shine on a consistent basis.

He featured in 23 of 25 league games before the season was halted in March due to the coronavirus but started just 15 times.

Coutinho, who has eight goals and six assists to his name, sat out last weekend’s resumption of the season having undergone ankle surgery in April.

Rummenigge also said there will be a tightening of belts in the transfer market once the crisis had passed.

So much so that paying a club record fee for a player would not be an option.