Anisuzzaman – A Teacher For Ever 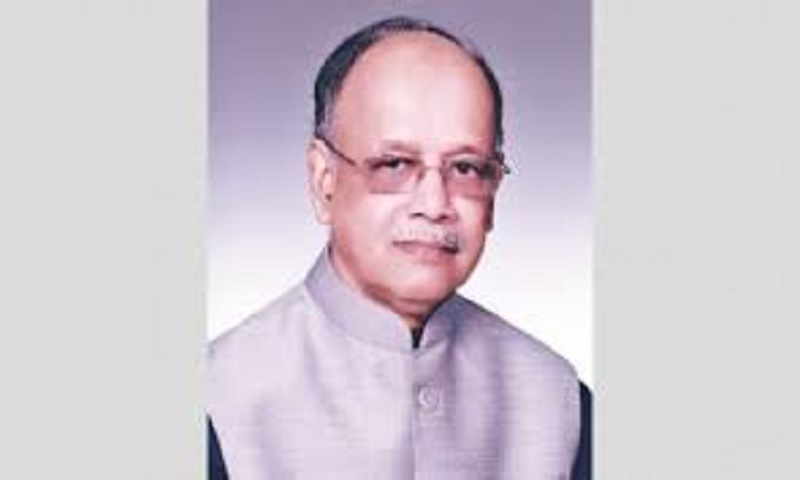 Dr. A T M Anisuzzaman, to some Professor Anisuzzaman and practically to everyone Anis Sir, expired due to complications from old age on Thursday 14th May, 2020, at the Combined Military Hospital in Dhaka at the age of 83. After his death, he was also diagnosed as being COVID-19 positive. He was buried at Azimpur Graveyard with full state honours.

Anis Sir had been ailing for a couple of years but never retired from his active life till just a few weeks before his demise. In quick succession, two of the country’s iconic personalities, Professor Jamilur Reza Chowdhuy and Professor A T M Anisuzzaman left us. Both of them were National Professors, the highest honour bestowed on academics and researchers of repute by the state. Although it cannot be said that their departures were premature, unfortunately they have left a vacuum not to be filled in the foreseeable future. The country will be deprived of their service at a time of national crisis.

Professor Anisuzzaman was born in Calcutta (now Kolkata) on 18 February, 1937, and migrated to the then East Pakistan after Partition in 1947, along with his parents. First, the family settled in Khulna and later moved to Dhaka. They, along with thousands of such families, were victims of the illogical division of Bengal in 1947.

Professor Anisuzzaman had a very eventful life and, till the end, remained virtually free from any sort of controversy. He was a scholar par-excellence, social worker, a reformist, a conscientious guardian of the nation, but his identity as a teacher took him to even greater and more enviable heights. Perhaps that is why those who know and love him like to call him ‘Anis Sir’.

Anis Sir had a very active life too. During his college days at Jagannath University, he became an active member of the Jubo League (not the current version), a left-oriented political platform whose members had character and a mission that clearly worked for the protection of the rights and interests of the Bengalis of East Bengal, the current Bangladesh. From its very initial stages, the Jubo League fought against the Pakistan regime when it was announced that Urdu, a language spoken by only 6% of the people of the entire country of Pakistan, was to be the only state and official language. The decree was not only irrational but, at the same time, was aimed at depriving the people of Bangla-speaking East Bengal – who comprised 56% of the population of all Pakistan – of their fundamental human right to converse in their own tongue.

Historically, it was always the students of East Bengal who rose up to protect the rights of the people of this half of the then Pakistan and took an active part in the Language Movement of 1952. Anis Sir was always in the forefront of language movement. In 1959, Anisuzzaman joined the Bangla Department of the University of Dhaka as a junior lecturer, where he taught for the next ten years until leaving to take up his new position as Associate Professor of Bangla at Chittagong University. The major cause of leaving Dhaka University was his teaching career had become stuck at the rank of Assistant Professor and, in those days, creating posts of any kind in a university was very difficult. He said that he would be stuck in his current post for the next few years and opted to join the University of Chittagong as a Junior Reader (or Associate Professor in today’s parlance) where he served till 1985 until he decided to return to Dhaka University as a Professor. By that stage, he was already serving Chittagong University as a Professor. Besides these two universities at home, he was also a visiting fellow at the University of Paris (1994), North Carolina State University (1995), and the University of Calcutta (2010) and also a visiting professor at Visva-Bharati (2008-2011).

Professor Anisuzzaman may have served many universities, his last role being as a Professor Emeritus of Dhaka University but his days at Chittagong University were the best years of his teaching career, which he confessed in his memoirs (Kvjwbiewa I wecyjv c„w_ex). While serving there, he was one of the mentors of a teachers’ group that supported the cause of Bengali nationalism and the spirit of the Liberation War. He was elected a member of the University Syndicate, Senate and the Dean of the Arts Faculty. He even held the position of Acting VC for about two weeks when the regular VC went to attend the Commonwealth Vice-Chancellors’ Conference. He was elected by the University Senate as one of the three members put forward for selection as the Vice-chancellor of the University. As expected, however, the Chancellor, General Ershad was never going to select him, as Professor Anisuzzaman was always highly critical of military rule in Bangladesh. Throughout his life, he voiced concern when democracy and human rights were challenged whether in Bangladesh or elsewhere.

In 1971, just before the Pakistan Army began their campaign of annihilation of Bengali in Bangladesh and was hatching their usual conspiracies and intrigues for not handing over power to Bangabandhu Sheikh Mujibur Rahman as the elected leader of the majority party in the Parliament, Chittagong University played a major role in organising a district-wide protest, as did other universities in the country. In Chittagong, Professor A R Mallick (then VC of Chittagong University and later the Finance Minister in Bangabandhu’s cabinet), Professor Abul Fazal, Professor Anisuzzaman, Professor Mumtazuddin and many other teachers and students of the University and colleges took a leading part in that historic movement. Immediately after the military crackdown on 25-26th March, 1971, Professor Anisuzzaman crossed over to India with his family and joined the Government-in-exile as a member of the Planning Commission. After the war was over, he returned to Bangladesh to resume his teaching duties at Chittagong University.

One of the historic moments for Anis Sir was when he was given the responsibility of drafting the Bangla version of the Constitution of Bangladesh in 1972. Bangabandhu also made him a member of the Dr. Qudrat-e-Khuda Education Commission in 1973. This Commission’s Report is one of the finest Education Commission reports drafted so far in Bangladesh. Bangabandhu liked and respected Professor Anisuzzaman and so did his daughter, Sheikh Hasina, the current Prime Minister, who also happened to be Anis Sir’s student. Professor Anisuzzaman never shied away from any responsibility when he believed there was nothing wrong in supporting it, even if sometimes it meant taking a stand against some of the decisions of the current government. When Jamaat’s Amir Ghulam Azam, who always had an allegiance to Pakistan and carried a Pakistani passport, was given Bangladeshi citizenship during Begum Zia’s rule in 1991, a committee under the leadership of Jahanara Imam (Shahid Janani) was formed to stage a symbolic trial of Ghulam Azam and all the war criminals of 1971. A symbolic tribunal was set up with the help of eminent jurists supporting the cause and Professor Anisuzzaman agreed to be one of the witnesses. Later Begum Zia’s government filed a sedition case and issued a warrant of arrest against Jahanara Imam and twenty-four others, including Professor Anisuzzaman. Jahanara Imam died in the USA with the arrest warrant still in force against her, while the cases filed against the others were withdrawn, once Sheikh Hasina formed her government in 1996.

Professor Anisuzzaman is one of those much-admired and beloved people whose name and fame crossed national boundaries. He received many national and international honours and awards. He was not only a teacher of one or two universities or few generations, he was everybody’s teacher, past, present and future and taught the finer points of life and living. He was an excellent researcher, activist and a good human being who always believed in secular ideas. He never could learn the art of compromise. Professor Anisuzzaman is gone but his legacy will remain for ever. The nation will have to wait for a long time before another Anisuzzaman is born. Long live the memories of Anis Sir, the teacher, spirit of the nation for ever.

Happy Eid wishes to all my readers.