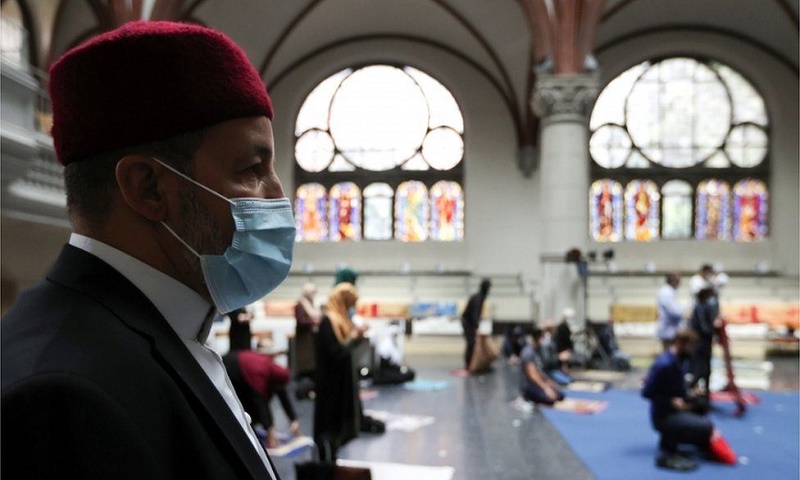 A church in Berlin has opened its doors to Muslim worshippers unable to fit into their mosque under new social distancing rules, BBC reported.

Germany allowed religious services to resume on 4 May but worshippers must maintain a distance of 1.5m (5ft).

As a result the Dar Assalam mosque in the city's Neukölln district could only hold a fraction of its congregation.

But the Martha Lutheran church in Kreuzberg offered to help by hosting Friday prayers at the end of Ramadan.

Throughout the month of Ramadan, Muslims abstain from eating, drinking, smoking and sex from dawn to dusk. Normally families and friends would gather to break their fast and attend communal prayers, but in Berlin - as in countries across the world - this year's celebrations have been affected.