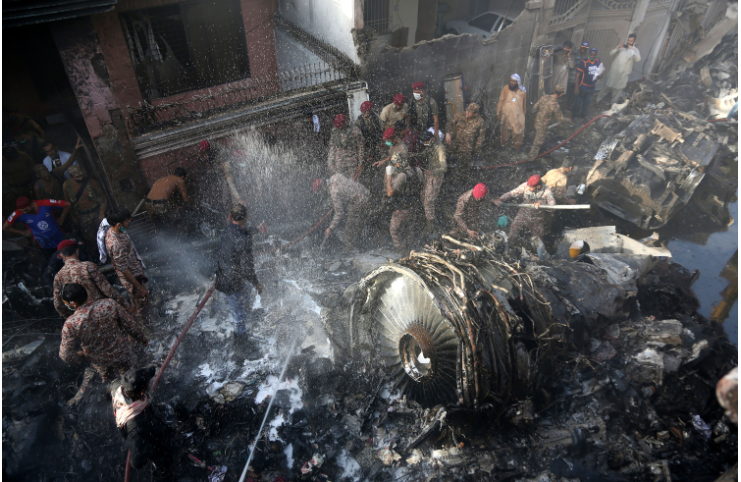 A pilot on Pakistan International Airline flight 8303 told air traffic control in Karachi he lost engines before the plane crashed on Friday.

In an audio recording of aircraft communications obtained by CNN, from a Pakistani government source, the pilot can be heard speaking with air traffic control about his approach before saying, “We are proceeding direct, we have lost engines.”

The Airbus A320 is a twin engine aircraft.

A spokesman for the government owned airline, Pakistan International Airlines, Abdullah Khan confirms the authenticity of the recording.

On the recording, air traffic control asks the pilot to confirm a belly landing. The pilot’s response is inaudible.

It is unclear why they are discussing a belly landing.

A few seconds later the pilot can be heard giving several Mayday calls followed by a response from air traffic control that both runways are clear to land.The audio then cuts off.

At least 38 people have died after Pakistan International Airline flight 8303 crashed in Karachi, according to Health Minister Azra Fazal Pechuho.

However, it's unclear if the 38 victims were all onboard the plane or people who may have been hit at the scene of the crash.