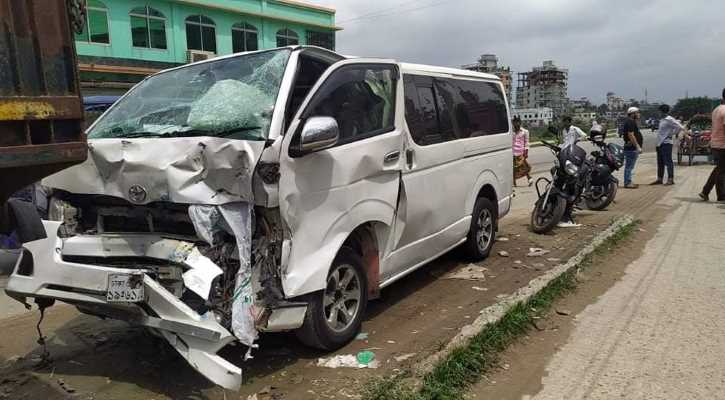 Three people were killed in a head-on collision between a pick-up van and a microbus in Sanapara area in Siddhirganj upazila in Narayanganj on Friday morning.

The deceased were identified as Rafiqul Islam, 62, hailing from Matlab upazila in Chandpur, Mintu Mia, 58, from Mahadipur area in Palashbari Upazila of Gaibandha and Borhan Uddin, 60, from Tongibari area in Munshiganj.

The Dhaka-bound pick-up van collided with the microbus coming from opposite direction at 9:30 am in the area, leaving trio passengers of the van dead on the spot, said Monir Hossain, sub-inspector of Siddhirganj Police Station.

Confirming the news, Kamrul Farooque, officer-in-charge (OC) of the Police Station, said that the bodies were sent to Narayanganj Sadar Hospital morgue for autopsies.