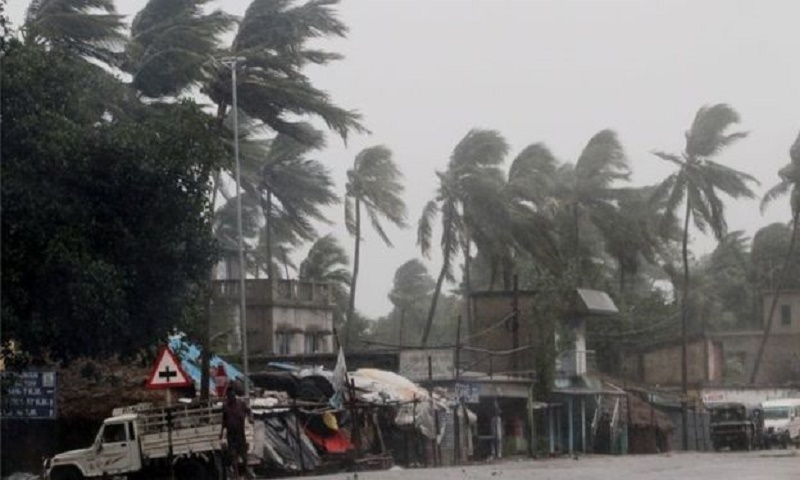 The eastern Indian city of Kolkata has been devastated by a powerful cyclone which has killed at least 84 people across India and Bangladesh.

Amphan made landfall on Wednesday, lashing coastal areas with ferocious wind and rain. The storm is weakening as it moves north into Bhutan.

Thousands of trees were uprooted in the gales, electricity and telephone lines brought down and houses flattened.

Many of Kolkata's roads are flooded and its 14 million people without power.

The storm is the first super cyclone to form in the Bay of Bengal since 1999. Though its winds had weakened by the time it struck, it was still classified as a very severe cyclone.

Coronavirus restrictions have been hindering emergency and relief efforts. Covid-19 and social-distancing measures made mass evacuations more difficult, with shelters unable to be used to full capacity.

What's the latest on the cyclone?

Amphan began hitting the Sundarbans, a mangrove area around the India-Bangladesh border home to four million people on Wednesday afternoon, before carving north and north-eastwards towards Kolkata, a historic city that was the capital of the British Raj and widely known as Calcutta.

Parts of West Bengal and Orissa (also known as Odisha) states in India, and areas in south-west Bangladesh, bore the brunt, with winds gusting up to 185km/h (115mph).

At least 72 people have died in India's West Bengal state, and 12 deaths have been confirmed in Bangladesh.

West Bengal chief minister Mamata Banerjee said the devastation in Kolkata, the state capital, was "a bigger disaster than Covid-19".

"Area after area has been ruined," Ms Banerjee was quoted as saying by the Press Trust of India news agency. "I have experienced a war-like situation today."

In Bangladesh, there are reports of tens of thousands of homes damaged or destroyed and many villages submerged by storm surges in low-lying coastal areas like Khulna and Satkhira. The authorities evacuated nearly 2.5 million people ahead of the cyclone.

Initial assessments of the damage are being hampered by blocked roads and flooding in all these areas.

What's the latest from Bangladesh?

Officials in Bangladesh feared Amphan would be the deadliest storm since Cyclone Sidr which killed about 3,500 people in 2007. Most died as a result of sea water surging in.

India's weather department had predicted storm surges as high as 10-16 feet (3-5 metres) from Amphan. The rising of sea levels in this way can send deadly walls of water barrelling far inland, devastating communities.

The total level of devastation in Bangladesh remains to be assessed but it's clear that there has been widespread destruction in areas that were in the path of the storm. In the city of Khulna, north of the Sundarbans, at least 83,000 homes were either destroyed or damaged, the Dhaka Tribune reports.

Fewer people appear to have been killed than in India but the government fears about $1.5bn worth of damages, the newspaper says.