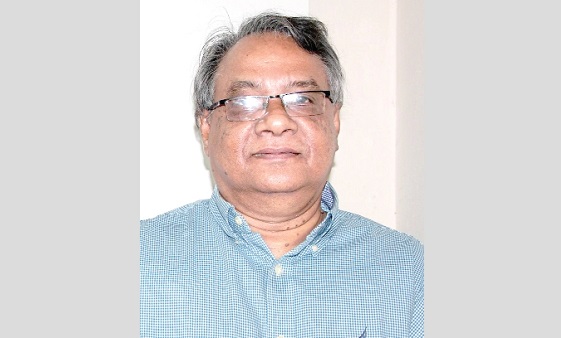 As a country, Bangladesh is naturally prone to natural disasters. It has a long history of different types of natural disasters. Records suggest that between 1980 and 2008, it experienced more than 200 natural disasters. The geographical location, land characteristics, multiplicity of rivers and the monsoon climate render Bangladesh highly vulnerable to natural calamities and disasters. Estimates say that cyclones and floods particularly caused massive damages and destruction to the country. It is said that the cyclones occurred in 1970, 1991, 2007 and 2009 have taken away the lives of many. Cyclone Aila hit Bangladesh on Monday 25 May 2009 and has produced substantial damage across areas of southern Bangladesh. It left 190 people dead and 3,935,341 people affected. The total damage was USD270 million. The cyclone Sidr hit the coastal areas on 15 November 2007. It affected 8,978,541 people and killed 4,234. The economic damage caused by the cyclone is USD2.3 billion. Another cyclone in April 1991 killed 138,866 people and affected 15,438849 people. The total damage was UD$1.78 billion.

Now, it is firmly believed by the experts that in the coming days country’s extreme vulnerability is likely to increase due to climate change. The climate change-induced natural disasters are on the rise worldwide. Some sources mentioned that the global damage from natural disasters has been steadily increasing, reaching about $142 billion annually in the last 10-year period. It has been observed that forests especially the mangroves and thick vegetation with trees offer an effective physical barrier against natural disasters and helped save both human lives and scarce resources and properties. In that sense, the Sundarbans, the world’s largest mangrove forest, is acting as a natural barrier and safeguarding Bangladesh against natural disaster particularly like the cyclone, tidal surge and saline water intrusion. In recent disasters like the Sidr and Bulbul the Sundarbans significantly helped in reducing the impact of the cyclone and the storm surge. In fact, the forest or particularly the Sundarbans acts in various ways in protecting the country and its people. It reduces the velocity of the cyclonic wind that also helps consequently in reducing the ferocity of the tidal surge. In reality, the Sundarbans as the first line of defense confronts the deadly onslaught of natural disasters. This role of savior is being played by the Sundarbans from the very inception of its formation through the natural process.

The immense benefits that we derive from the Sundarbans demand its conservation and preservation. The depletion of the mangrove forest will bring in grave danger for Bangladesh. All must remember that the Sundarbans is needed for the survival of the country in the face of the natural disasters against which we have no defense. There is wide allegation from different quarters especially the environmentalists that the mangrove forest which is so vital for the country is being systematically destroyed by some vested elements. The forest has been systematically deforested under the very noses of the authorities. Reportedly, around 8.3% of the total area of this forest have already been deforested by individuals and businesses. Some argue that a coal-fired power plants and other industrial ventures that include about more than a hundred industrial projects in close proximity to the Sundarbans, endangers the mangrove forest. Due to poor monitoring of conservation, some unscrupulous elements also cleared off some portion of the forest. All these acts and factors are causing dangers to the very existence of the vital mangrove forest. To save the Sundarbans, all stakeholders that include the government, local communities and citizens of the country at large need to come up with concrete plans and strategies to conserve and preserve the Sundarbans from further degradation. It should be remembered that whatever measures are taken for the said purpose the issues relating to the environment and climate change must be given due importance and the participation of all the concerned stakeholders must be ensured. We must remember the fact that Bangladesh is the frontline country to face the threats posed by climate change and in the face of that dark reality the Sundarbans is one of the most effective arms or tools that we have to fend off many deadly manifestations of the climate change. In all these efforts, the policies and plans concerning the preservation and conservation of the Sundarbans must be guided by scientific knowledge and technology. In the coming years, we will be experiencing profound changes particularly in the area of environment due to the phenomenon of climate change. Bangladesh as predicted will be facing increasing number of natural challenges, calamities and disasters of insurmountable nature. In such dire situations, the Sundarbans will always be beside us to protect from any kind of natural calamities and disasters. The reality is such that if we are to save Bangladesh we must also save the Sundarbans, a great gift bestowed to the people of Bangladesh by the Mother Nature.