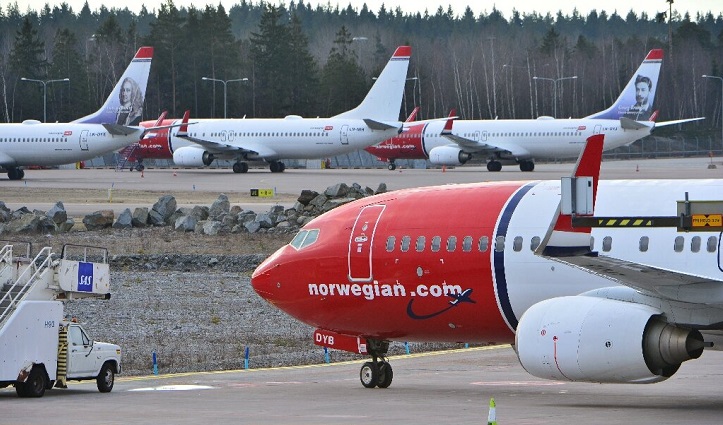 In early May, Norwegian adopted a rescue plan, which included a deal with creditors to convert some of the company's financial liabilities into equity.

The plan enabled the company to strengthen its capital position and meet conditions by the Norwegian state to provide guarantees for 2.7 billion Norwegian kroner ($270 million or 247 million euros) in loans, in addition 300 million kroner in loan guarantees already provided.

Leasing companies, from which Norwegian rents part of its aircraft fleet, will take over a significant chunk of the airline's share capital.

Ireland's AerCap Holdings will become the largest shareholder with 15.9 percent of the shares, as well as convertible bonds representing a further 7.2 percent.

BOC Aviation, controlled by the Chinese state through multiple companies, will in turn hold 12.67 percent of the capital.

While welcoming the closure of the deal, Norwegian CEO Jacob Schram cautioned that "the months ahead will remain challenging and with a high degree of uncertainty for the industry."

"Norwegian will still need to collaborate closely with a number of creditors as the company currently has limited revenues," Schram said in a statement.

Heavily indebted after an ambitious expansion effort, Norwegian now plans to focus on profitable routes and reduce the number of flights, especially long-haul ones, where the company was a pioneer among low-cost carriers.

The dilution of shares sent the share price tumbling on the Oslo Stock Exchange on Wednesday.

Late morning on Wednesday the share was down 25 percent, bringing the decline for the year to more than 90 percent.