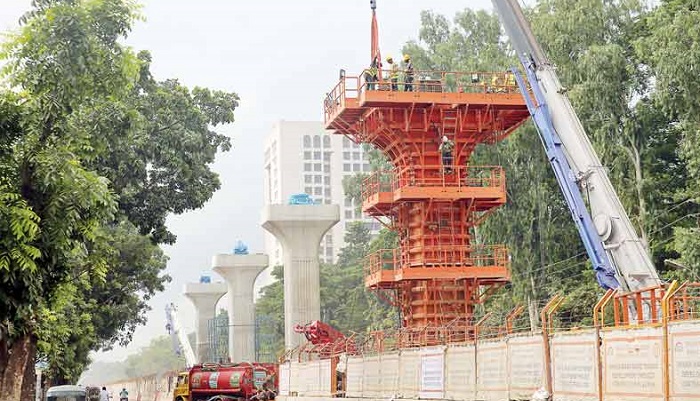 Uncertainty has griped 443 ongoing ADP projects, deadline of which is expiring this June, as a result of officials’ negligence in extending their deadline amid COVID-19 fallout.

The Planning Commission has primarily decided to restrict spending money on them, commission sources said.

Instead, it is going to seek Prime Minister Sheikh Hasina’s consent to keep the schemes alive with a token allocation of Tk 100,000 each in the next fiscal’s ADP, sources added.

Implementing agencies of these 443 projects under the current FY20 ADP were supposed to submit time extension prayers to the planning commission three months before June.

Negligence of the officials of the concerned agencies has been blamed for this situation.

The officials could have tabled the time extension prayers much earlier as corona problem fully started in Bangladesh in April.

“It is known to the project officials that the projects are expiring soon. So, it is not clear why they did not take initiatives much before to extend time even though they are giving logic of corona outbreak,” a planning commission official said.

This kind of practice is against the spirit of better project management and discipline, although the responsible persons are trying to avoid their responsibility showing the reason of coronavirus, the commission officials also blamed.

The commission took a preliminary decision not to drop them from FY21 ADP as the projects are unfinished and they have importance.

Prime Minister Sheikh Hasina will take a final decision regarding the issue at the meeting of National Economic Council (NEC) slated to be held on Tuesday, sources said.

The initiatives for extending project time are taken three months before the expiry date so that projects’ pace is not hampered. But expiring such a great number of projects at a time is unusual,” commented Planning Secretary Md Nurul Amain.

But at the same time, the crisis moment should be taken into account, he added.

Project officials argued that they could not contact the concerned offices like implementation, monitoring and evaluation division (IMED) and other offices during the corona lockdown.

So, the projects are being kept alive with allocating “token money”. Funds will be allocated and released again when their time will be extended. But all work will remain stopped until their revision gets approval, planning ministry officials clarified.

Such token allocations are blamed for the bleak ADP implementation performance.

In FY20, 31 projects were included with only Tk 100,000 allocation. The 443 unfinished projects are facing the same fate, but they will bear an asterisk mark in the new ADP book.

According to economic analysts, there should be a clear explanation as to why such a huge number of projects have expired at a time. Only corona can’t be the excuse.

The government should stop the practice of wasting public money with such kind of token allocation to keep alive some unnecessary project as well, they also added.