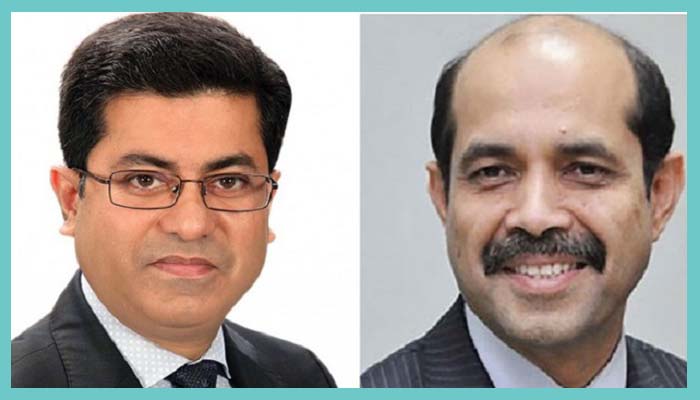 The two mayors of Dhaka North and South have taken charge in the past few days with major challenges, but the most serious and important one is beating dengue this year amid more cases already in hand.

Both have naturally pledged to do their best in making lives of Dhaka residents comfortable and risk-free from dengue, which like COVID-19, is to a great extent in the hands of Dhakaites — keeping their homes healthy.

What is interesting to note that Sheikh Fazle Noor Taposh, the first time mayor of Dhaka South, in his press brief admitted the wrongs in past handling of dengue and blamed graft for the sorry state of affairs in the city corporations.

A very successful lawyer, he quit his parliamentary seat to take the charge of the mayor and thus naturally it is a widespread belief he has good plans up his sleeves.

Also apparently his interest in the job caused the exit of Syed Khokon along with his failure in dealing with last year’s dengue. Khokon drew widespread criticism from residents of his area, especially his outrageous comments.

For Mayor Atiqul Islam, it is the second time after holding the post for a shorter term after succeeding the popular late Annisul Huq.

Thus he knows what it is all about to be a city father and what he needs to do because he will be under the scanner of the people who pay taxes and the media. At least I will be following him more closely than I would Barrister Taposh.

According to experts, this year the number of people infected with the disease is about four times higher compared to the same period in 2019. Last year dengue cases broke all previous records of the past two decades

Between January 1 and March 31, a total of 271 dengue cases were reported in Bangladesh, according to data made available by the Directorate General of Health Services (DGHS), while only 73 cases were recorded in the first three months of 2019. Some 1,400 people died after falling ill with dengue.

A judicial report submitted to the High Court on March 9 highlighted the need for coordinated efforts among government agencies to prevent the spread of dengue or chikungunya.

It also reportedly found lax preparedness and partial negligence on the part of both the city corporations for the dengue and chikungunya that broke out in Dhaka last year.

It also advised to conduct surveys in February and March every year to evaluate mosquito prevalence, and to set up a central authority to control mosquito menace across Bangladesh.

I pray, instead of waiting to adopt plans of successful city father’s elsewhere in the world, Barrister Taposh will start fighting dengue immediately by a) ensuring the insecticide is the correct one, b) they are not stolen and mixed with a cheaper chemical making it useless and c) policing men who are tasked to spray the insecticide.

For Atiqul Islam, the wealthy garment exporter, the job of dealing with dengue should be easier, but so far his performance has failed to draw any appreciation.

Thus for both the mayors, COVID-19 has given them the chance to concentrate fully on dealing with Aedes mosquito which infects humans with dengue or chikungunya. Now people are in lockdown, even if eased in recent days, but easier to keep the city clean.

Getting infected or not with COVID-19 basically depends on individuals by following hygiene and health rules laid down by experts like wearing a mask as well as washing hands frequently.

But Aedes mosquito breeds in stagnant clear water in structures and in wasted pots and pans, meaning policing homes and offices to ensure the clearance of such danger pots depended on humans very much.

We have failed to deal with the serious policing in the past causing many to fall sick and die from the diseases.

Policing is a must in any country, especially Bangladesh, where people ignore or defy laws adamantly. This practice must be handled firmly with huge fines and punishments, including jail terms.

We must start punishing offender rather than allowing them to put our lives, the majority of the residents, in danger. It is like sentencing lawful residents to jail terms or even execution without committing a crime.

For the members of two city corporations, any wrongful act or callousness must also face firing or jail. The basic for the two mayors are being tough and set their priorities right. If they fail, we will decide not to pay our taxes with the hard-earned money.