World on the brink of ‘poverty tsunami’ 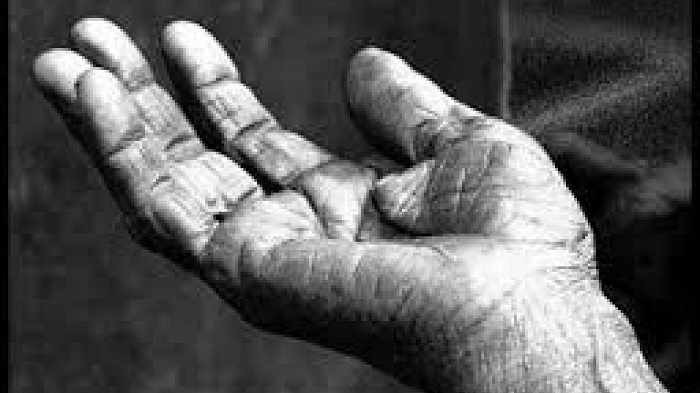 The whole world was moving in its own harmony. Offices were running. Children were going to school every day. Ships set on sail and planes also departed from their designated airports. But all that came to a halt because of a virus that is said to have originated from bats in China. Of course, there is much controversy over the origin of the virus. However, there is a more formidable problem to grapple now. The virus must be brought to an end.

Currently, there are over 4.71 million people who tested positive of the virus around the world with a death toll of 315,283. In Bangladesh, a total of 23,870 people have been infected since March while 349 Bangladeshis have died from coronavirus.

Scientists all around the world are looking for a cure while the entire world has been brought to a lockdown. However, as the lockdown matures day by day, the health of world economy is also deteriorating.  With few months already passed under lockdown, experts suggest that the collateral damage by the pandemic outbreak could be just as severe as the pandemic itself.

The secondary global impacts of COVID-19 include possible “hunger pandemic” and “poverty tsunami,” terms coined by researchers who spoke on the devastating ‘side effects’ of COVID-19. With millions losing jobs and economy wheels moving slower, the COVID-19 pandemic's global cost could range from $2 trillion to $4.1 trillion, about 2.3% to 4.8% of the global gross domestic product (GDP), quoted the Asian Development Bank (ADB).  According to a mid-year economic analysis by the United Nations, the world economy is projected to shrink, racking up some $8.5trillion in overall losses thus wiping out nearly four years of output gains.

The effects are the same in both developing as well as developed nations.

A survey conducted by Federal Reserve in March said that around 47 million Americans could lose their jobs and that unemployment rate is likely to hit 32%. The last few months had been particularly terrible for the country with 36 million people filing in for unemployment benefits. It gets more tragic since USA is by far the worst hit country with death tolls surpassing 83,000. Official figures show that about 40% of low earning families have now lost a breadwinner. The burden has fallen most heavily on those least able to tolerate it as those who have earned considerably less, below $40,000,are mainly the ones who have lost their jobs. Stocks fall and Federal Reserve Chair Jerome Powell warns of lasting economic damage.  According to a report by BBC, US economy is shrinking at the fastest rate since 2008. The world's largest economy sank at an annual rate of 4.8%. :The pandemic is causing tremendous human and economic hardship across the United States and around the world", quoted policymakers at America's central bank.

In China, where the coronavirus first appeared, factories have slowed down.  Restrictions were in place for much of the quarter of a fiscal year due to which the economy shrank by 6.8%  China is the world’s largest exporter of goods but the pandemic had devastating effects on all its trade.  For example, Chinese car sales dropped by 48%. As of mid-April, China posted its first GDP decline due to coronavirus. However, the country has recovered some of its economical damage ever since the lockdown had been lifted.

As the coronavirus contagion grows in Russia, the country is undergoing severe economic crisis.  Oil prices have dropped all around the world.The collapse in oil and natural gas prices in Russia threatens living standards, as the energy  sector make up two-thirds of the country’s exports. With a rise in the unemployment rate to 15%, experts suggesting that the country’s worst days are yet on the making.

Small and medium-sized businesses in Russia have pleaded for help and have warned of mass bankruptcies in petitions to the government, including one launched on March 24 with more than 300,000 signatures.  Protests have also taken place as Russians get infuriated at the inaction by policymakers in this time of national crisis.

Developing counties economies are the worst hit by the pandemic. Experts suggest that this will the worst Downturn since the Great Depression in 1930. The output of developing countries shrunk by 0.7%. With every nation under the impact of the virus, food security is a major concern even though World Bank promises otherwise due to bumper harvest in many countries. However, with millions of people losing jobs worldwide, how secure would the future be only time will tell.