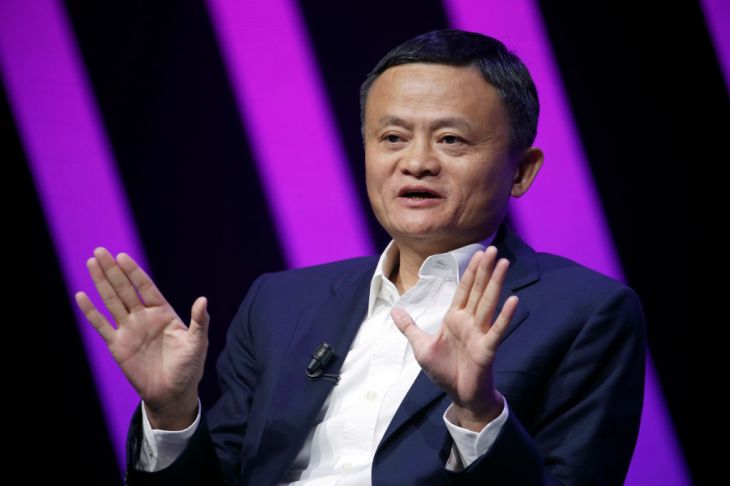 The losses were announced shortly after the firm said Chinese tycoon and Alibaba co-founder Jack Ma would resign as a director of the board next month.

The telecoms and investment giant had already sounded the alarm, warning last month that the "deteriorating market environment" would hit its bottom line.

But the results were slightly worse than it had forecast, with net losses for the year that ended in March coming in at 961.6 billion yen ($8.9 billion), rather than the estimated $8.4 billion.

Operating losses for the year were 1.36 trillion yen, having forecast 1.35 trillion last month.

The conglomerate headed by flamboyant chief Masayoshi Son said it had been "adversely affected" by the global health crisis.

And it warned that "if the pandemic continues, the company expects that uncertainty in its investment businesses will remain over the next fiscal year".

Its investment funds, including the key Vision Fund, recorded operating losses of 1.9 trillion yen, and the company said it was working with firms in the Vision Fund portfolio to prepare them for a "further deterioration in business conditions".

The results are the latest blow to Son, who has transformed what began as a telecoms company into an investment and tech behemoth with stakes in some of Silicon Valley's hottest start-ups through its $100-billion Vision Fund.

He has faced increasing criticism over his determination to pour money into start-ups that some analysts say are overvalued and lack clear profit models.

His biggest headache has come from WeWork, once hailed as a dazzling unicorn valued at $47 billion.

Son stood by his investment, even upping his stake, despite mounting questions about WeWork's strategy.

But things began to unravel last year as WeWork haemorrhaged cash and cancelled its share offering, with founder Adam Neumann pushed out.

SoftBank Group and its Vision Fund have already committed more than $14.25 billion to the start-up, but in April the Japanese firm scrapped a plan to buy up to $3 billion WeWork shares as part of a restructuring programme.

WeWork is now suing SoftBank over the decision, alleging breach of contract.

The debacle has weighed heavily on the firm, which has struggled to raise funds for a much-mooted second $100-billion Vision Fund.

"Before, they said they were investing in cutting-edge technologies like AI, but what they have done is often old-fashioned, like property investments and hotels," he said, referring to WeWork and struggling hotel start-up OYO.

"Suppose you have 10 billion yen and 20 percent of it has been burned in someone else's hands. Would you like to chip in more money there?" he said of the struggle to attract investors to the second Vision Fund.

But Son said he was confident the tech-driven firms among its Vision Fund portfolio would be well placed to weather the coronavirus pandemic.

"Those technologies will lead the rebound," he told journalists.

"Our unicorns are facing serious challenges against the background of the coronavirus outbreak but I believe that some of them will fly over the valley of coronavirus and fly high."

In March, with stock markets plunging as the scale of the coronavirus pandemic became clear, the firm announced a plan to sell up to $41 billion in assets to finance a stock buy-back, reduce debts and increase cash reserves.

Earlier Monday, SoftBank unveiled changes to its board including the resignation of Ma. No reason was given for his departure, after 13 years in the role.

SoftBank's 2000 investment in Alibaba was a key driver of its transformation, with its initial $20 billion stake eventually being worth around $50 billion.