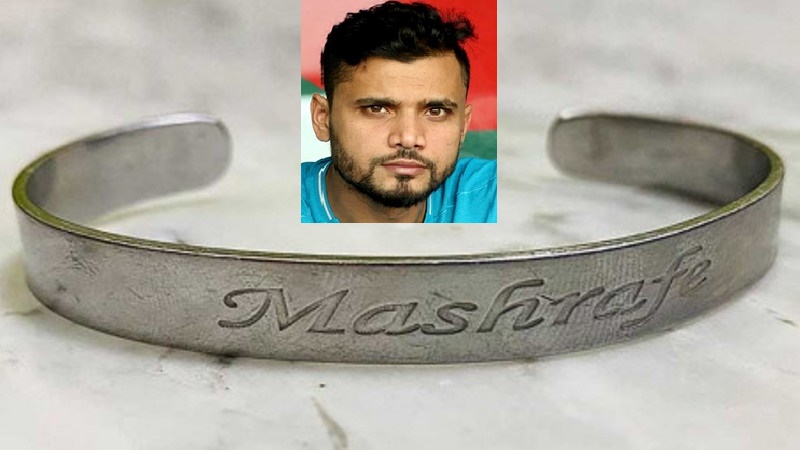 Former Bangladesh national cricket team captain Masharafe Bin Mortaza’s bracelet, one he donned on his arm for 18 years, sold for a whopping Tk 42 lakh during an auction.

Mashrafe auctioned the bracelet to raise funds for people affected by the Covid-19 outbreak.

The online auction was arranged by a page named 'Auction 4 Action' on social media. The base price for Masharafe's bracelet was set at 5 lakh Taka. And after a battle between a number of bidders, the bracelet was finally bought by Bangladesh Leasing and Finance Companies Association (BLFCA) by Tk 40 lakh.

Mominul Islam, the chairman of BLFCA, who is also the CEO of IPDC Finance Limited added Tk 2 lakh to the bid, making it Tk 42 lakh in total.

Mominul also announced that they want to return the bracelet to Mashrafe as a gift.

Mashrafe's auction was the latest in a string of auctions that occurred recently where several Bangladeshi cricketers put their memorable belongings up for bidding.

Auction 4 Action was responsible for the bidding of Shakib Al Hasan's bat earlier that got sold for taka 20 lakh.