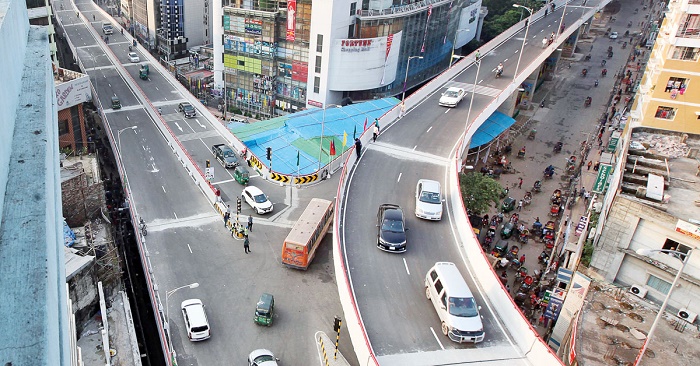 Many companies backed by the United States, Japan, Germany and other investors have planned to relocate operations to reduce operational burnings including low labour cost and comparative production infrastructure in local economic zones.

Meanwhile, the government has begun cross border negotiation to attract the investment like other countries. The Commerce Ministry has formulated a roadmap with the Ministry of Finance to assess the impact of corona virus pandemic in the country’s economy, according to sources.

A report titled ‘Global Economic Recession due to Unprecedented Spread of Deadly Corona virus and the Possible Economic Impact on Bangladesh’ has been placed to Prime Minister Sheikh Hasina while trade bodies have been asked for further steps.

Talking to daily sun, economist and business leader have mentioned that Bangladesh can avail the opportunity of utilizing the local vibrant market as well as duty free access in Europe and North America.

Former Bangladesh Bank Governor Atiur Rahman said : "As US-China trade war accelerates, more US and Japanese firms will opt out of China and both Vietnam and India have already started enhancing economic diplomacy to attract these firms".

Vietnam is in a strategically better position for both proximity and improved investment environment and FDI-focused infrastructures. India is also improving its political understanding with the US to get inflow of this China-based US FDIS.

“If we really want to get similar inflows we need to jack up our economic and strategic diplomacy in addition to improving overall investment environment. BIDA has already started to take some moves on easing regulatory issues but more initiative is needed to attract FDIs,” Prof Atiur explained to Daily Sun.

The eminent economist also recommended that government should reprioritise implementation of mega projects placing completion of some SEZs including the ones in Mirsharai and Matarbari on a faster track to attract these flying kites from China to improve the flow of FDIs.

“The ‘business as usual’ will not do. We need to be concrete on actions on the ground,” he said.

Federation of Bangladesh Chambers of Commerce and Industry (FBCCI) has communicated with multinational trade organizations and output investment authorities to give priority to Bangladesh in any relocation process.

“In post-pandemic reality, many countries have planned to relocate strategic investments.  We have urged the multinational business forums to give priority to Bangladesh for any kind of relocation for foreign direct investment in terms of comparative production capacity and utility cost,” FBCCI President Sheikh Fazle Fahim told daily sun.

According to Fahim, Bangladesh can explore the opportunity to trac foreign investors by utilizing the quota free access to Europe, North America and Australia alongside local and regional markets in South Asia.

India, Vietnam and other developing countries have prepared policy and infrastructure to attract the foreign investors escaping from China. Bangladesh also has taken significant steps to stay ahead in the race in the field of economy.

Japan has already indicated it wants national businesses to shift manufacturing out of China. Of the total 1 trillion US dollar stimulus package, Japanese government specified 200 million US dollar to companies for shifting manufacturing base to other Asian countries like India and Bangladesh.

Japanese Honda Motors, Toyota, Mitsubishi, Heavy Industries, Lawson, Nitro Denco and Roam have planned to shift plants to any counties in South Asia, according to a recent survey of Japanese Nikkei.

In the survey, 17 companies out of 80 mentioned that the authorities may withdraw production plants from China to developing states to cut operational cost.

Besides, the couple of US companies have taken initiative to withdraw investment from China as part of the ongoing trade war between the economic super powers. Meanwhile, the Japan government has announced 2.2 billion US dollar bailout to support private companies to shift business in early this month.