Save our expatriate workers 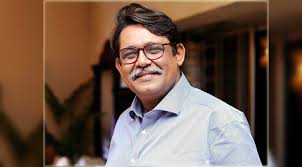 One of the worst effects of Covid-19 pandemic is the unfortunate sacking and forceful return home of our expatriate workers, especially from the South-East Asian and the Arab countries as the global economy started to feel the pinch of this deadly bug.

The expatriate workers deserve our standing ovation for using their muscle in simultaneously developing two countries— the country of origin and the country of destination. Yet, we see these men and women are being sacked or sent back home on a temporary basis with many empty hands by their host countries.

In the Middle East, many workers have died of highly contagious coronavirus mainly because they live in rooms crammed with more people than they can actually accomodate.

What hurts is the fact that at a time when they needed the wages to support themselves as well as their families, employing countries dumped them ruining their lives for no crime they committed.

Bangladesh has sent more than 6.7 million workers to over 140 countries since its birth in 1971. Most of these workers migrate to work in Middle East and Southeast Asia, sending back home approximately $15,000 billion annually.

The spread of the bug is the result of health organisations failing to jerk up member countries about coronavirus and China’s silent awakening as well as late lockdown of its hard-hit Wuhan province.

Most of our workers were employed in the Middle Eastern countries, meaning Islamic states and the faith values compassion and support in times of danger. But these countries, particularly in the holy month of Ramadan, sacked majority of our migrant workers and forced them to leave the host countries to fight the spread of Covid-19.

It appears that these countries are also being ungrateful to our workers because they play a vital role of national development, both economic and infrastructure up-gradation.

Talk of United Emirate’s imposing Burz al Dubai or the new airport elsewhere, our hard-working workers gave their muscle power for these and other major projects.

Foreign Minister Dr. AK Abdul Momen told this author that the foreign ministry has made an appeal to all the countries employing workers from Bangladesh not to deport those in those countries legally, besides if possible the illegal ones too.

“We have made our position known and considering that Covid-19 is a global pandemic it was pointless to deport our people in those countries, especially in this holy month of Ramadan,” he added.

Indeed the Muslim world should treat our hard-working men to continue and return to their jobs once the epidemic is controlled.

Islam preaches to help each other during crisis times, but this random deportations and de-hiring at this crisis time does not reflect for which the faith stands for.

Media reports have said Bangladeshi workers in some places were going hungry and facing the hardest time of their lives.

Sixteen Bangladeshi civil society organisations have appealed to the UN Secretary-General Antonio Gueterres to ask the destination countries to shelve their policies of deporting migrant workers amid corona pandemic.

Expressing their concern about pressure from destination countries on the countries of origins governments to take back these helpless migrant workers who are undocumented and in jails, they said "Under international law in any crisis situation, it is incumbent upon the state concerned to take care of all people in its land including migrants, irrespective of their status.

"Moreover, bringing back migrants in the midst of a pandemic will heighten the risk of the spread of the virus that the concerned country can ill afford,” they said in a statement.

In a letter jointly signed by Bangladesh Civil Society for Migrants (BCSM) Chair Prof CR Abrar and Co-chair Syed Saiful Haque, they said countries of origin now face the prospect of a large-scale unscheduled return of their nationals from the destination countries.

"These countries have very limited capacity to rehabilitate the returnees by engaging them in livelihood activities," it said.

It also appealed to the UN secretary general to ask international financial and development partners to create a global fund under the auspices of the UN to support the countries of origin in the rehabilitation of the returnee migrants who are falling back into a “razor edge” situation.

It is thus time for embracing brotherhood and not to shun those in danger.

The proposal to create a global fund must be seriously considered and be fed with maximum financial support.

The Gulf country's policy to replace 70 percent of the foreign workers by its citizens within 2030 could be another reason for the deportation, diplomatic sources say, but this should be suspended for a year at least so these men of strength do not lose their strong muscle to develop many countries around the world and Bangladesh’s coffer filled for our mega-projects.

The government must ensure minimum livelihood for the expatriate returnees so that they can survive this crisis time and ensure self-employment plans with easy financial grants or loans.