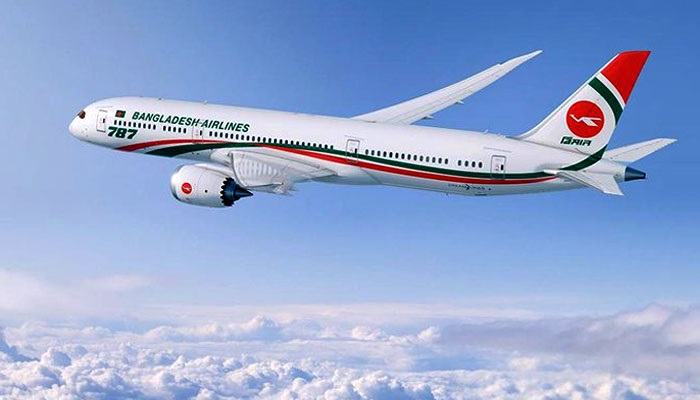 Domestic and state-run airlines have suffered a loss of Tk 13.61 billion over the last two months following the suspension of all flights on both domestic and international routes amid coronavirus pandemic.

As the flight operation remained suspended on all the routes due to precarious coronavirus situation, Biman Bangladesh Airlines has counted a loss of  Tk 9.39 billion while US-Bangla Airlines Tk 2.5 billion, Novo air  Tk 320 million and Regent Air Tk 1.4 billion till March-April, according to official source.

“If the situation prolongs, then the state-run Biman Bangladesh Airlines will face a loss of Tk 7.8 billion, while US-Bangla Airlines, Novoair and Regent Airways a loss of Tk 1.25 billion, Tk 360 million and Tk 600 million respectively,” Senior Secretary Mohibul added.

Mohibul said, thousands of staffers of airlines have been fired in foreign countries but we don’t want to go with that. In this situation, the authorities concerned have reduced the salaries of the staffers to 10-50 per cent.

However, we don’t need any profit when the situation returns to normalcy, we just want to keep it functional after disbursing the wages of the staffers. We’ll think about the profit later when the situation will be better as we’ve made a profit of Tk 4.6 billion before the lockdown.”

“At this moment, the aircraft company will earn money from chartered and goods-laden aircraft, if needed; passenger aircraft will be used for carrying goods,” he said.

Asked whether the private airlines are disbursing salaries to their staffers, Mohibul said, “I’ve no idea about it and they were supposed to have problems.”

Replying to a question about retrenching of any staffer of private airlines, Muhibul said, “He didn’t hear anything about it.”

Biman Bangladesh Airlines Chief Executive Mohammad Mokabbir Hossain said an application was filed to the Bangladesh Bank seeking a Tk 15 billion loan as working capital but we received Tk 10 billion and it’ll be paid within the next one year with a 4 per cent interest.

In the state-run Biman Bangladesh Airlines, there are 600 staffers and the authorities concerned are facing trouble to pay their wages, said Mokabbir.

In this situation, he said, Biman has cut down the salaries of the staffers by 10-50 per cent as per the decision taken by Biman Board of Directors.

Replying to a question, the CEO, said, “There’s no decision on retrenching any staff and officials of Biman. We’re getting money from the Airport Ground Service by operating chartered flights.”

Besides, Biman will not take any money on its cargo services from March 23 to May 10 following the request of the Bangladesh Garment Manufacturers and Exporters Association (BGMEA) and The Federation of Bangladesh Chambers of Commerce and Industry (FBCCI).

Novoair Managing Director Mofizur Rahman said the carrier didn’t get any solution regarding parking, sitting and hiring charges and payment of bank loan installments after filing an application to the government.

The aviation industry is under massive threat due to corona virus situation as it has to pay the civil aviation charge, wages and maintenance cost, he said.

US-Bangla Airlines General Manager Quamrul Islam said there is 1400 staff at US-Bangla Airlines and all the staffers got the wages for the last month and there’re no retrenchment as the management is positive about it till now.

“It’s difficult to say what’ll happen in this sector if this situation prolongs. Even if the corona virus situation goes well and the flight starts, there’ll still be problems because tourists will refrain from visiting any country in the next few months while people will travel less,” he said.

According to the sources at Regent Airways, there are 700 staffers and after the announcement of lockdown, the authorities concerned have declared that they will refrain from operating any flight on both domestic and international routes for three months.

Amid the ongoing corona virus outbreak, the Civil Aviation Authority of Bangladesh (CAAB) on May 14 extended the restriction on scheduled passenger flight operations with all countries, except China, until May 30, aiming to prevent the spread of corona virus.