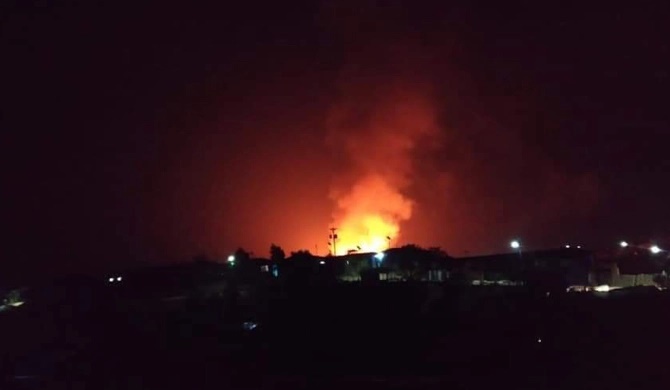 A fire gutted over a hundred makeshift households, some NGO run primary schools and a health centre at Kutupalang Rohingya camp in Ukhia of Cox's Bazar early Sunday.

This is the second fire in less than a week that occurred in the cramped Rohingya settlements.

Mohammad Nikaruzzaman Chowdhury, Upazila Nirbahi Officer of Ukhiya Upazila, said the fire broke out at the camp around 5 am and spread soon.

On information, a firefighting unit rushed to the spot and extinguished the blaze after an hour and half of frantic effort with the help of local people, said Mohammad Emdadul Islam, station officer of Ukhia fire service.

The fire originated from a gas cylinder, he said.

Earlier on May 12, a fire gutted 362 makeshift houses and 60 shops at Kutupalong Lambashia Rohingya camp in Ukhiya upazila.