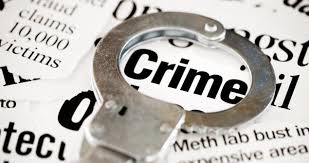 Overall crimes across the country have declined by 70 percent as people -- virtually shut in home -- are reeling under coronavirus pandemic, said a study report.

Unveiled by Bangladesh Peace Observatory (BPO) under the Centre for Genocide Studies at Dhaka University, the report said corona has cast a positive impact on the human psychology.

On March 23, the government declared the countrywide general holiday to ensure social distancing with effect from March 26. Since then, a large number of the people are staying at home.

The BPO made a comparative analogy between six weeks preceding and following March 26. It found that the overall crimes have fallen in the six weeks after the general holiday compared to a similar period in the past.

However, the report shows that domestic and dowry related violence against women has jumped by 17 percent during the time.

The period has witnessed around 150 domestic and dowry violence causing death of 124 people and injury 47 people. The victims are mostly women. Police arrested 60 accused in the cases over the incidents.

A statistics of Dhaka Metropolitan Police (DMP) shows that around 33,000 cases were filed with 50 police stations under it during 16 months from January 2019 to March 2020.

On average 2,200 cases were recorded in DMP police stations every month. But the number of cases came down to 349 in April, showing 84 percent fall in case records, said the report.

A total of 2,901 incidents of rape, acid attack and torture against women and children were registered during a period from January 2019 to March 2020.

In connection with rape, acid attack and domestic violence, 197 cases were filed every month during the 16 months, but the number of cases over such violence has dropped to 49 in April, marking a 75 percent decline.

During the 16 months under review, 269 murders were registered in the capital taking an average of 18 murders every month. Amid lockdown, only six murder cases were recorded under DMP in April.

Talking to daily sun, Prof Imtiaz Ahmed, director of Centre for Genocide Studies, said the crime usually takes a downturn during any natural calamity or national crisis, but it rises after such critical time is over.

“This time, the overall crimes have fallen as people are staying home due to Covid-19 pandemic,” he said.