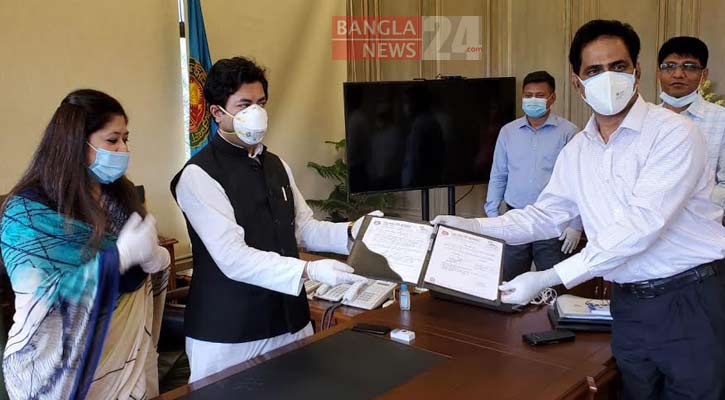 DSCC chief executive officer Shah Md Imdadul Huq formally handed over the charge to Fazle Noor Taposh as the term of board under the incumbent Mayor Sayeed Khokon expires on the same day.

However, incumbent mayor Sayeed Khokon was not present during the ceremony.

The new mayor will address a press conference online after taking the charge as the DSCC will not organise any programme marking the occasion due to the ongoing coronavirus situation.