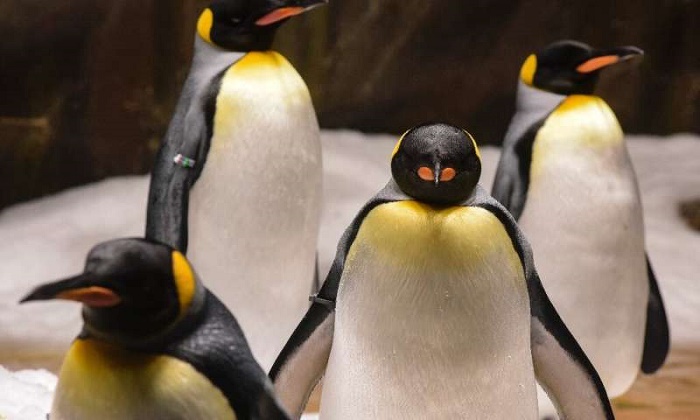 Antarctica’s king penguins emit such copious amounts of nitrous oxide, or laughing gas, via their faeces that researchers went a little “cuckoo” studying them, according to a Danish scientific study published Thursday.

“Penguin guano produces significantly high levels of nitrous oxide around their colonies,” said the head of the study, Professor Bo Elberling, of the University of Copenhagen’s Department of Geosciences and Natural Resource Management.

While studying colonies of king penguins on the Atlantic island of South Georgia between South America and Antarctica, “the researchers went ‘cuckoo’ from being surrounded by penguin poop”, he said.

Besides being a strain on the climate, nitrous oxide has an effect very similar to the sedative laughing gas used at the dentist’s.

“After nosing about in guano for several hours, one goes completely cuckoo. One begins to feel ill and get a headache,” Elberling said. Nitrous oxide is 300 times more polluting to the environment than carbon dioxide.

The nitrous oxide is explained by the penguin diet of krill and fish, which contains high levels of nitrogen.

Nitrogen is released from the penguins’ faeces into the ground and soil bacteria then convert it into nitrous oxide, a greenhouse gas.

“While nitrous oxide emissions in this case are not enough to impact Earth’s overall energy budget, our findings contribute to new knowledge about how penguin colonies affect the environment around them, which is interesting because colonies are generally becoming more and more widespread,” Elberling said.