COVID-19 Vaccine: Govts urged to make it free of charge to all once developed 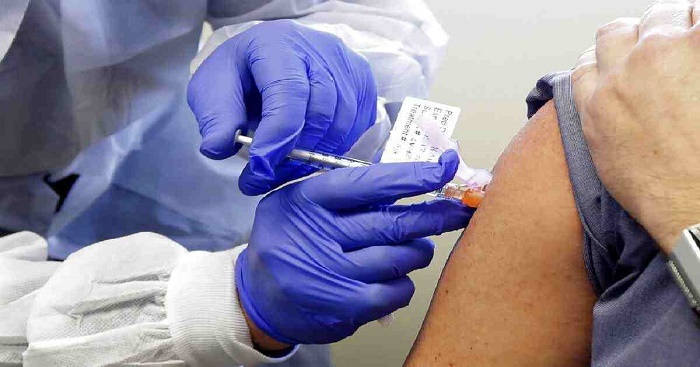 A petition from global leaders has been initiated requesting governments across the world that when a successful COVID-19 vaccine is developed, it be made available free of charge to all.

UNAIDS, the UN agency fighting against the deadly HIV/AIDS virus, has initiated the petition, according to the United Nations.

Over 140 world leaders and figures signed the open letter requesting governments unite behind a “people’s vaccine” against COVID-19, marking the most ambitious position yet set out by world leaders on what has become the most urgent quest in modern science.

They are demanding that all vaccines, treatments and tests be patent-free, mass produced and distributed fairly.

South African President, Cyril Ramaphosa, is pushing for scientific research to be shared between countries and that the vaccine be patent-free.

“Nobody should be pushed to the back of the vaccine queue because of where they live or what they earn,” he was quoted by the UN News as saying in the joint UNAIDS/Oxfam letter.

The Prime Minister of Pakistan, Imran Khan, underscored the need to work together to beat the virus.

“We must pool all the knowledge, experience and resources at our disposal for the good of all humanity”, he said.

Government and national leaders also joined UN agencies and international financial institutions on Thursday, in calling for water, sanitation and hygiene to be prioritized in the battle against the virus.

Confirming that these three areas – together with physical distancing – are first lines of defence, and central to stemming the virus from spreading, they pointed out that handwashing requires access to running water in sufficient quantities.

“Our response plans – at national, regional and global levels – must, therefore, prioritize water, sanitation and hygiene services”, they said in a joint statement.

Under the premise that we are only as healthy as the most vulnerable members of society, no matter the country, the global leaders requested that all three be made available to everyone, “eliminating inequalities and leaving no one behind”.

They also advocated for working collaboratively with every partner to improve water and sanitation services, saying that “everyone has something to offer to protect populations from COVID-19”.

They also stressed the need to provide countries with financial support so they could adequately respond to the crisis.

“Funding envelopes need to be maintained with no diversion away from the commitments and priorities set for the water, sanitation and hygiene sector”, they stated.

They also called forcefully for the delivery of accurate, transparent information, based on scientific advice that enables everyone to act accordingly.

“Resilience to future crises depends on actions taken now, as well as on policies, institutions and capacity put in place during normal times”, they concluded. “As leaders, this is our chance to save lives”.

As the world confronts the COVID-19 pandemic, the 40th anniversary of the historic eradication of smallpox was marked on Friday, with the head of the UN health agency calling it “a reminder of what is possible when nations come together to fight a common health threat”.