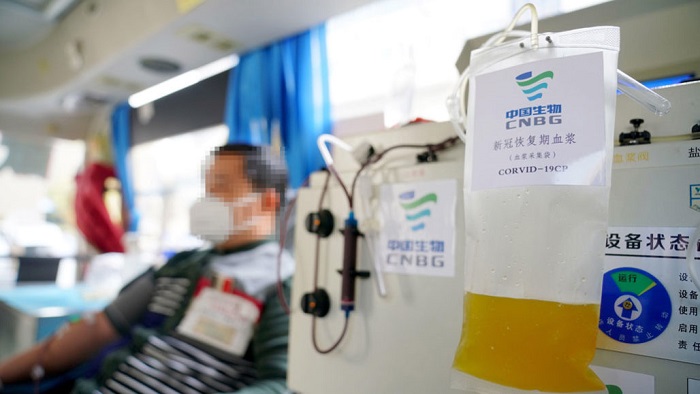 Implementation of Plasma Therapy for the treatment of Covid-19 patients has been approved.

From May 16, doctors of Dhaka Medical Hospital will apply the therapy with the collected plasma from three donors, private television channel 71 reports.

In plasma therapy, blood plasma from people who have recovered from COVID-19 and infusing it into patients who currently have the disease.

Many options are being explored to treat COVID-19 across the globe. These include new drugs specifically designed to target SARS-CoV-2, as well as “repurposed” drugs - that is, existing drugs designed to treat a different disease.

Besides, doctors of different countries have been testing the oldest treatment ‘Plasma Therapy’, though, is convalescent plasma.

Convalescent plasma has been trialled as a therapy in previous coronavirus outbreaks. A few observational studies were conducted during the first Sars epidemic in 2003. These all reported improvement in patients after receiving convalescent plasma, and no evidence of serious complications. However, these studies were largely cased reports – not the most reliable type of evidence.

Plasma is the liquid portion of blood that remains when all red and white blood cells and platelets have been removed. It was over a hundred years ago that Emil Behring was awarded the first Nobel prize for physiology and medicine for his work demonstrating that plasma could be used to treat diphtheria.