Bhagyashree to star with Prabhas in her comeback film 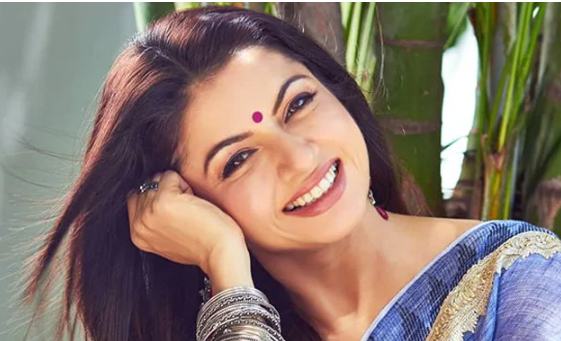 Maine Pyar Kiya star Bhagyashree is all set to return to the silver screen and can you guess who she will co-star with? Well, it is none other than Baahubali actor Prabhas. Yes, you read that right. In a recent interview with Pinkvilla, Bhagyashree confirmed the project and revealed that she had even started shooting for the untitled film before the lockdown.

The 51-year-old actress told Pinkvilla, "I have been reading scripts and have in fact started working as well. Well, one of the films is with Prabhas. The film's name hasn't been announced. Just before lockdown, I had started shooting for it. It is a very interesting character where I had to learn a different skill set for it."

Speaking of her decision of quitting films, Bhagyashree said, "A tough call because by then I had realised that I do enjoy acting and I was like I wish I had the possibility of managing both. But no, because he just took over my life. My entire focus and happiness were having him with me. At that point, it was not a tough choice. All that I wanted to do was spend time with him."

Bhagyashree became a household name after she featured in Maine Pyar Kiya, opposite Salman Khan, but her popularity faded after starring in a few more films, none of which were as big as the Sooraj Barjatya-directed film. She has also featured in TV shows such as Kachchi Dhoop, Kaagaz Ki Kashti and Laut Aao Trisha, which was also her last small screen appearance.

Bhagyashree married Himalaya Dassani in a private ceremony, in the presence of her Maine Pyar Kiya co-star Salman Khan and the film's director Sooraj Barjatya. The couple are parents to a son named Abhimanyu Dassani and a daughter named Avantika Dasani. The former made his Bollywood debut with the 2019 film Mard Ko Dard Nahi Hota.