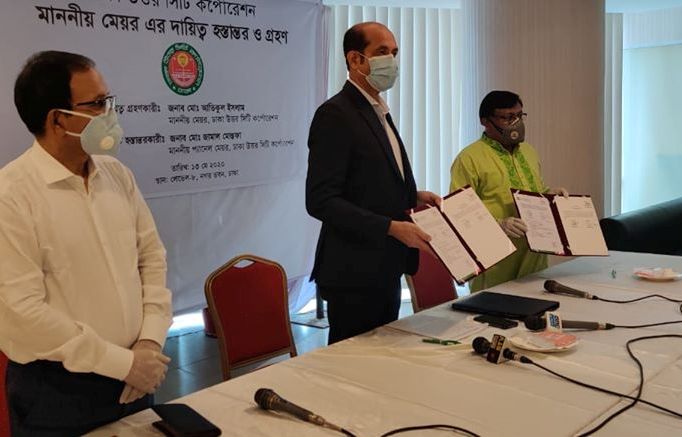 On the other hand, Barrister Sheikh Fazle Noor Taposh will take charge as the mayor of Dhaka South City Corporation (DSCC) on Saturday.

The ruling party-nominated candidates emerged victorious at both city corporation polls held on February 1, though with only 30% of voters registered.

Atiqul and Taposh are taking charge of the city corporations amid the ongoing coronavirus outbreak in the country.