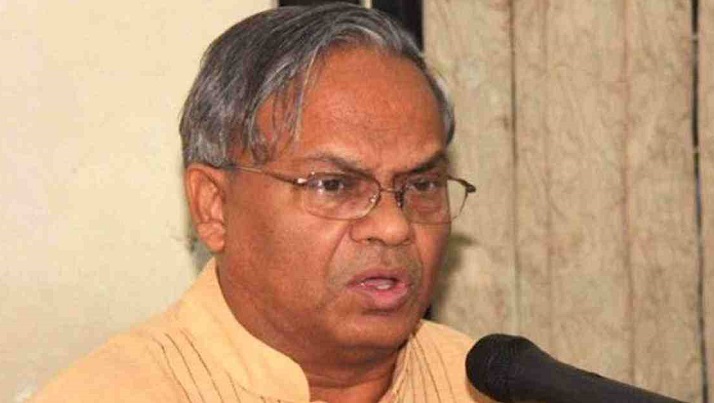 BNP on Sunday alleged that the government has created a scope for the spread of the deadly coronavirus instead of containing it by easing the shutdown and allowing reopening of businesses.

“They relaxed the shutdown and allowed the reopening of shops and markets without considering its possible impact on people. The government could have feed people for at least four months keeping the shutdown in force,” said BNP senior joint secretary general Ruhul Kabir Rizvi.

He further said, “The government didn’t take necessary steps to save people from the pandemic. As people’s lives have little value to them, they’ve relaxed the shutdown only for money, contributing to mass transmission of coronavirus.”

The BNP leader came up with the comments while distributing relief materials among the needy people in the city’s Mirpur area at the initiative of Dhaka city north unit of Jataiyatabdai Chhatra Dal.

He alleged that the government is least bothered about the lives of people and their sufferings since it is not elected by them. “Money is everything to this regime.”

Rizvi said their party leaders and activists have continued distributing relief materials among the poor and destitute across the country as per their ability.

He claimed that their party has so far provided around 13 lakh poor families with relief materials.

“BNP does politics for the welfare of people. The leaders and activists our party and its associate bodies are standing beside people across the country, but the government is arresting and harassing them by implicating them in false cases,” Rizvi said.

Stating that disasters and pandemics invite famine, he said the government could not take proper preparations to tackle the coronavirus despite having enough time to do that. “The footsteps of famine are being heard. People are staging demonstrations for food at different parts of the country, including Rangpur Kurigram.”