Markets reopen in city but presence of buyers thin 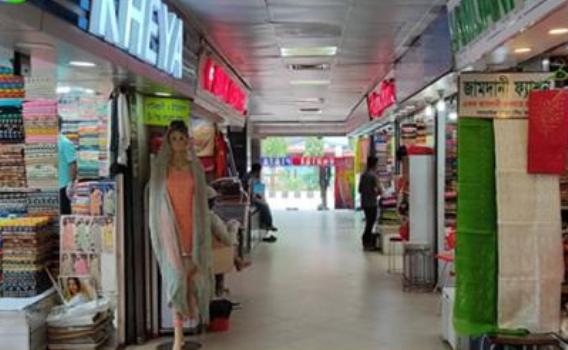 The presence of buyers was very thin on the first day of reopening of shops and shopping malls in the capital on a limited scale after a long time.

According to media report, business establishments in most of the areas were closed in Dhaka today. Those who opened their shops were busy with cleaning their shops after the long closure. The sellers could not see a significant number of buyers due to coronavirus fear.

Different markets and shopping malls in Gulistan-Tikatuli areas in capital have not been opened. But a number of branded shops beside the roads were seen opened.

An executive of a showroom informed that they have opened their establishment after one and a half months. But they have not seen any buyers till evening.

He said “People are not coming outside of home unnecessarily due to corona fear. We have opened showroom marking the upcoming EID. Besides, we have to pay salaries and bonus to our staff. We did not any income for the last two months but we have other expenditures to run the business.”

Meanwhile, the government earlier declared that shops and shopping malls will be opened from May 10 (today) on a limited scale. But authorities of some large shopping malls in the city have decided not to open their establishments fearing the corona situation.

Bangladesh Shop Owners Association president Helal Uddin said there is a decision to open shops and markets marking the Ramadan and Eid-ul-Fitr from May 10. Accordingly, there is arrangement for opening of a number of markets including Islampur, Urdu Road, and Elephant Road. Trading is slow as the number of buyers is thin.