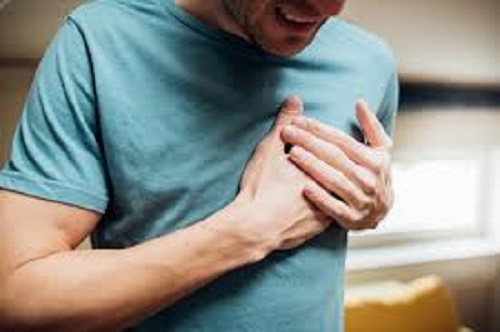 Coronavirus or covid-19, which is causing huge loss of lives across the world every day, has emerged as a piece of good news for people as incidents of cardiac arrest and stroke have significantly fallen due to stay-at-home over the virus pandemic.

Lockdown over the deadly corona pandemic has forced people to stay home and at the same time, it is also working as a tool for reducing the risk of heart attack, experts said.

Hospitals are witnessing a sharp fall in the number of heart patients following the blanket home quarantine amid the corona pandemic.

BBC recently published a report based on the experience of noted physician Dr John Wright of Bradford Royal Infirmary. Dr John, who is a frontline fighter against the deadly bug, has penned some observations in his latest diary.

Intriguing observation of the physicians during the pandemic has been marked with fewer patients coming to hospital with massive heart attack and stroke.

Maybe some heart patients are reluctant to come to hospital to avoid corona infection. But such fear will not dissuade serious patients from coming to doctor.

“..heart attack and stroke are the sort of episodes in which you would expect patients to seek help. You would expect them to be picked up by health services.”

Relief from hectic life, clean air, low traffic and good health habit and lifestyles might have contributed to the fall in the number of heart patients.

Sleep duration has also increased with people going to bed earlier than normal and sleeping longer. It seems as though the lockdown has had the health-promoting effect of a good holiday, the BBC report said.

Prof John, a medical doctor and epidemiologist, is the head of the Bradford Institute for Health Research, and a veteran of cholera, HIV and Ebola epidemics in sub-Saharan Africa. He is writing this diary for BBC News.

Prof Alistair Hall, a cardiologist and clinical director for Yorkshire and Humber of the National Institute for Health Research, says he hasn't seen evidence yet of people just staying home after having heart attack. On the other hand, he has seen people out exercising in unusually large numbers.

"I have to drive into the hospital, but as I do I see the roads full of people walking and cycling families. I've never seen anything like it. It looks as if everyone has the time as a family to exercise, and they're taking that opportunity to get out of their homes," he says.

Another possible factor in reducing heart ailments is people are taking their medicine properly at home, he said.

"Cholesterol is the single biggest preventable cause of heart attacks and strokes in the world," he says. "And I think there's evidence suggests that during this time people are being much better at taking medications that otherwise they might be forgetting or missing."

About sleep, he said good quality sleep is very advantageous in terms of health and people need not get up early amid corona lockdown, he added.

“There's a benefit in terms of heart disease, but also for the immune system, "which is really important at the time of an infectious pandemic".

Prof Hall adds a note of caution, saying,"I'm sure there's some bad side to this, which might include eating too much chocolate or drinking too much alcohol."

The effect does not appear to be registering just yet but it will be visible later, he opined.

There is escalating national concern about the heightened risk to black, Asian and minority ethnic patients from coronavirus.

There are some possible explanations to do with relative poverty, underlying health problems, overcrowded housing and employment in front-line health and service roles.

The suspicion is that there are also genetic factors at play. Whatever the reasons, it could have big implications for the future, particularly in the National Health Service.

Some scientists, however, ruled out a rumour that corona risk factor depends on ethnicity. They said corona fatality has nothing to do with dark complexion of the patients and nativity.