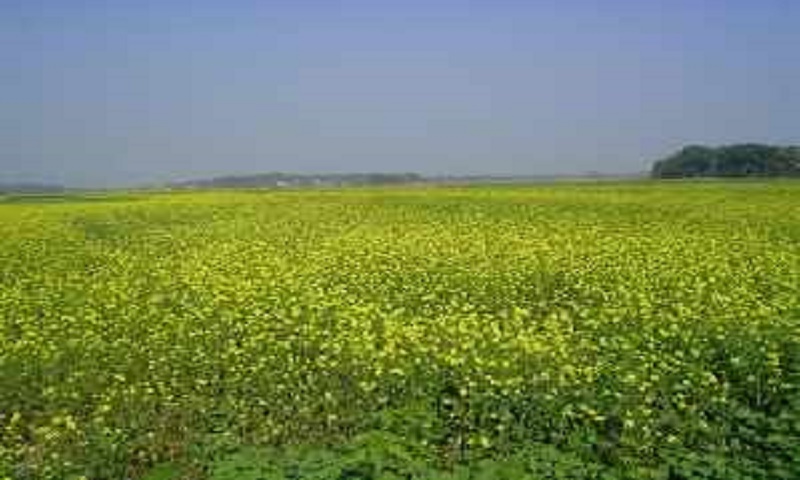 Agriculture has always played a vital role in the economy of Bangladesh. During the twenty-three-year rule of Pakistan, jute and tea were the main cash crops and the bulk of its foreign trade consisted of these two commodities. In those days, Bangladesh, or the then-East Pakistan, exported raw jute for processing to Dundee in Scotland as the eastern wing of Pakistan did not have any jute processing plant. The last jute spinning mill in Dundee closed in 1999 – a sad day for that city. Jute played a very important role in the development of Dundee over the century.

Today jute is processed at home in Bangladesh and the country has 45 jute mills, both in the public and private sector. Besides jute, the other cash crop was tea and practically all the tea gardens were owned by British companies most managed through their managing agents. Bangladesh’s most important crop though is rice as rice was and is the staple food of the people of this country. However, the yield of rice or even jute was dependent on nature, especially rainwater. Rice needed sufficient water during planting and while it was growing, but needed dry weather during harvesting. Jute, on the other hand, needed water from planting to harvesting and extracting the fibre from its stalk. The arrival of monsoon and departure of monsoon was unpredictable.

Bangladesh never produced enough rice to feed its people and nearly one third of its needs would have to be imported from abroad every year. This continued even after Bangladesh became an independent country when it produced only 10.50 million MT in a normal year, which was insufficient to feed seventy-five million people.

If we broaden the definition of agricultural products, there are other foods grown by the farmers of this country, including potato, sweet potato, pulses, oil seed, vegetables, fruits (mangoes in Rajshahi, lytchi in Dinajpur, and pineapple in Sylhet and Chittagong Hill Districts), oranges, sugar cane as well as a limited amount of cotton. The rivers and our sea are abundant with fish and seafood – enough, in fact, for domestic consumption. Besides these, the northern part of the country also produced a small amount of tobacco. However, the main crop – rice – came only once a year forty years back during the monsoon season. In some areas two crops were possible where rudimentary irrigation facilities were available. Agriculture virtually contributed 80 per cent to our GDP and was the biggest source of employment. Today the share of agriculture in our economy is only 20 per cent of GDP although 47 per cent of the country’s workforce is still employed in this sector.

Over the last four decades or so, the face of agriculture has changed and like few other sectors the change has been revolutionary due to the introduction of high yielding variety. The other side of the coin is the country loses approximately 8,000 hectares of its arable land every year due to urbanisation, industrialisation, unplanned housing and infrastructure. The Land Usage Law prohibits common people to use arable land for any other purpose without the permission of the relevant authorities. No water bodies – like ponds – can be filled for private use. But unfortunately, so far, the authorities have been unable to enforce this law and thousands of hectares of arable land have been lost to land grabbers, the bulk of this being public property (khas land). Most housing estates across the country have been developed on such lands by unscrupulous property developers. The loss was minimised by reclaiming some land which was not usable earlier for agriculture (like the haors and beels). If the loss of arable land continues in 50 years, no cultivable land will be available and our food security will collapse, making people vulnerable to volatile international commodity prices. Of all the food, especially rice and wheat, produced in the world, only 2 per cent comes to the international market in a normal year. Sometimes, even if one has the money, food may not be available in the international market, as happened in 2007.

Because of high yielding varieties and better irrigation facilities per hectare, Bangladesh currently produces approximately 39 million metric tonnes only of rice, besides other products. It is self-sufficient in vegetables, fresh water fish, salt, and fruits like mangoes, guava, pineapple and oranges. It has also successfully managed to produce grapes in limited scale. Currently mangoes and lychees are grown across the country. At birth, the country had a problem of ‘management of deficit’. Today, in many cases, the problem has been reversed to ‘management of surplus’. Every year when the rice harvest comes and the crop is good there is a festive mood in the country. However, production of rice has its own built-in problems. The availability of sufficient rain water in the right time is unpredictable. Again too much rainfall causes floods washing away the crop.  When the harvesting time comes agriculture workers are in short supply.

If the yield is good, the government naturally is happy, the media goes gaga about it, the economists express their satisfaction but the people who made this happen – the farmers – are often not happy because they do not get the right price for practically any of the products they produce, whether it is rice or watermelon. Our farmers are primarily of two types. One group cultivates its own land; a larger portion has no land of their own. They lease the land from rich land owners, often on their terms. Many of the farmers do not have enough money to buy seeds or other input, although the subsidies they receive from the government is quite substantial. But still the cost of production per hectare of land in Bangladesh is one of the highest in the world and this is primarily because agriculture in Bangladesh still is labour intensive. So, as soon as the rice is harvested, most farmers cannot store it for a long period. They have to sell it in the quickest possible time to repay their debts to landowners, the money they borrow to buy agriculture inputs from money lenders or even sometimes the bank loans.

Although the government every season has a procurement policy of buying paddy at a given price, the system is riddled with corruption and cultivators, in most cases, do not get fair prices for their products. Then the middleman steps in and procures the rice from the farmers to be sold in rice mills and to other parties. Farmers often lose interest in growing the same crop in the following season. Rice is a commodity that cannot be stored usually for more than six months. There are not even enough government storage facilities across the country to meet the need. The problem is not only with rice. It hangs over all agro-products, including fish, fruits and other types of food products. Unfortunately, in Bangladesh, another industry that could bring about another revolution has not been given much of a chance or no-one has ever thought about it seriously: food processing. Food, once grown, is usually consumed internally but this has some limitations. Consumption is given and limited.

The surplus could be stored (often storing in non-processed form is not practical) or exported and, again, many foods grown will not be physically or economically viable as exports. So, the only viable and permanent option is to change its form and make it available throughout the year or export it to other countries.

India grew substantial amounts of corn and this was used as cattle and poultry feed till the US food giant, Kellogg, saw the potential for converting it into cornflakes. The company readily set up plants in Punjab and adjacent areas and began producing corn flakes. Out of a single stalk of corn, it can make two packets of corn each containing 250 grams of corn flake and priced at taka 200 (in Bangladesh). The same is true for potato (chips), canned lychees, or cut pineapples. In Europe and the US, India has managed to export not only potato chips and corn flakes but even canned ‘rasgolla’, ‘lychee’ and ‘paanparag’. From one standard sized potato two packets of potato chips can be made.

Imagine the amount of tomatoes wasted every year in the growing area. If these could be transformed into pulp, they could be exported as raw materials for making tomato ketchup or we could even make our own ketchup. (There is limited production in Bangladesh.) Such examples abound in Thailand, Malaysia or Bhutan, and there is an economically potential future for processed food production in Bangladesh but no-one seems to care about. As expected, our ready-made garments industry is the most pampered industry. But in about twenty years’ time the industry will be in the decline phase, like any other ‘footloose’ industry. Already many countries in Africa are on the rise in this sector and they are doing well as well as factories in Mexico, Nicaragua, Columbia, Brazil, Vietnam, Laos and Cambodia. Myanmar is still in the waiting.

It is high time the policy makers focused their attention on diversifying our small- and medium-scale industrial sector and encouraged entrepreneurs to enter this sector.  Food processing should be given top priority. This is one sector that can start without long delays. If a tiny landlocked country like Bhutan can do it, so can Bangladesh. Our policymakers always love and enjoy the current success; most of them are short sighted and lack the vision to see the future where our continuous prosperity lies.