Rats are infecting humans with hepatitis, and nobody knows how 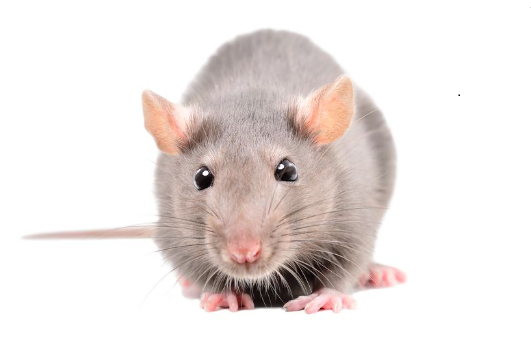 In 2018, infectious disease experts at the University of Hong Kong came across an unusual patient.

The 56-year-old man, who had undergone a liver transplant, was showing abnormal liver functions with no obvious cause.

Tests found that his immune system was responding to hepatitis E -- but they couldn't actually find the human strain of the hepatitis E virus (HEV) in his blood.

Hepatitis E is a liver disease that can also cause fever, jaundice and an enlarged liver. The virus comes in four species, which circulate in different animals; at the time, only one of these four was known to infect humans.

With tests for that human strain of HEV negative, the researchers redesigned the diagnostic test, ran it again -- and found, for the first time in history, rat hepatitis E in a human.

"Suddenly, we have a virus that can jump from street rats to humans," said Dr. Siddharth Sridhar, a microbiologist and one of the HKU researchers who made the discovery. It was such an unusual and unprecedented infection that the team wondered if it was a "one-off incident, one patient who was in the wrong place at the wrong time."

But then it happened again. And again
Since that first study, 10 more Hong Kong residents have tested positive with rat hepatitis E, also known as rat HEV. The most recent case came a week ago; a 61-year-old man with abnormal liver function tested positive on April 30. And there might be hundreds more infected undiagnosed people out there, said Sridhar.
The housing estate where the 56-year-old rat hepatitis E patient lived in Hong Kong. Signs of a rat infestation were found here after he was confirmed infected in 2018.

The human strain of hepatitis E is typically transmitted through fecal contamination of drinking water, according to the World Health Organization.

But the rat strain poses a new mystery: nobody knows exactly how these people are getting infected. In the two years since the discovery, researchers have yet to identify the exact route of transmission from rats to humans. They have theories -- maybe the patients drank contaminated water like the usual human strain, or handled contaminated objects -- but nothing's been definitively proven.

The 61-year-old recent patient has authorities particularly stumped; there were no rats or rat excrement in his home, nobody else in his household has shown symptoms, and he has no recent travel history.
"Based on the available epidemiological information, the source and the route of infection could not be determined," said Hong Kong's Centre for Health Protection (CHP) in a statement on April 30. The man is still in the hospital, and the CHP's investigation is ongoing.

What we know, and don't know
The research team and city authorities have been trying to better understand this new health threat since 2018.
They've made some progress. Their diagnostic tests have been refined and improved. They've spread awareness among the health care sector so doctors know to test for rat HEV, and launched public awareness campaigns.
Scientists are testing rat populations citywide to try to identify clusters before they can jump to humans, which has provided data on how many rodents in the city carry rat HEV and which areas have the most rats.
Hong Kong officials place rat traps in an effort to determine whether rats contributed to a 2003 pneumonia outbreak.

But there is still much that remains unknown. They don't know how long this virus' incubation period is -- meaning how long it takes for patients to get sick after exposure. They're still trying to find a treatment, as the medication used to treat the human variant of hepatitis E has had mixed results on patients with rat HEV.
And, of course, the biggest unknown that continues to vex scientists is the how.

Not knowing how the virus jumps from rats to humans makes it very difficult to prevent further infections -- or even to make sense of all the data researchers have collected. For instance, people who live in rat-infested areas should theoretically be at higher risk, yet some infected patients come from neighborhoods with low rat numbers.
"What we know is the rats in Hong Kong carry the virus, and we test the humans and find the virus. But how exactly it jumps between them -- whether the rats contaminate our food, or there's another animal involved, we don't know," said Sridhar. "That's the missing link."

One solution could be to just get rid of all the rats in Hong Kong, but rat eradication is a long, complicated feat that isn't very feasible. It would require reducing places they can shelter as well as their access to food, with measures like preventing food from being discarded in back alleys.
For now, all authorities can do is urge people to take preventative measures, like washing their hands before eating, storing food properly or in the fridge, and keeping the household clean and disinfected with minimal nesting places for rodents.
This could be happening everywhere
This likely isn't just a Hong Kong problem, or even a recent one, experts say. Rat HEV could be infecting people in New York or Paris, and we just don't know it -- because nobody is testing for it.
"My feeling is, this has been going on for a long time," said Sridhar. "2017, 2018 is definitely not the first time it's happened in the world."

Within Hong Kong, the 11 confirmed cases are likely just the tip of the iceberg, he added. Doctors were able to test them for rat HEV because they sought medical attention for symptoms, or were receiving checkups because of pre-existing conditions or transplants.

But there may be hundreds of infected cases in the community, who don't fall in these categories and haven't been diagnosed, he said.
Many people with hepatitis E only experience mild symptoms, and in some cases don't even know they're infected or go to the hospital.