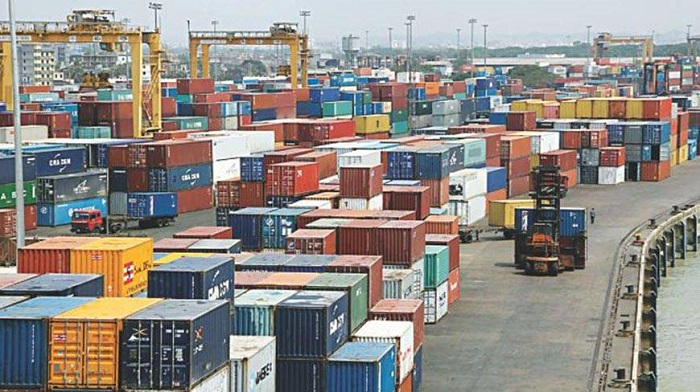 Export earnings plunged by almost 83 per cent in April as the global supply chain and production remain halted amid the coronavirus outbreak.

Export income fell by 82.85 per cent to only $520.01 million in April. Exports stood at $3.03 billion in the same month a year ago, according to Export Promotion Bureau (EPB) data.

Last month’s exports also fell short of the target by 85.37 per cent.

The earnings also fell short of the target set for the period by 21.24 per cent, according to EPB data.

Exporters and economic analysts said the coronavirus outbreak has hugely disrupted both the local manufacturing industry and supply chain in export destinations as lockdown and shutdown have put trade and the supply chain to a halt.

They also said international buyers cancelled or halted many export orders and Bangladeshi manufacturers had failed to deliver the rest of the orders as factories remained closed for a month in April due to the pandemic.

Apparel exports, which accounts for 85 of total exports, declined by 14.08 per cent to $24.47 billion during the July-April period.

Export earnings from leather and leather goods fell by 16.26 per cent to $700.93 million during the period from $837.07 million in the same time last fiscal.

Frozen and live fish exports fetched $411.91 million in the first 10 months of this fiscal, registering a negative growth of 7.74 per cent.