The people waiting out Covid-19 in dark, frozen Antarctica 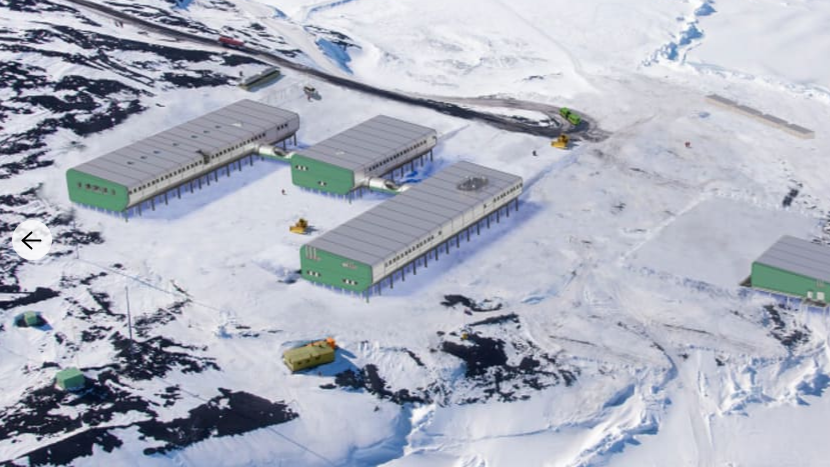 While the rest of the world continues to grapple with the coronavirus pandemic, one continent has managed to remain entirely free of the infection.
Antarctica, the coldest place on Earth, is now considered the "safest place in the world," with no confirmed cases at all.
The region had a close brush with Covid-19 when outbreaks hit the final cruise ships of the season, but the virus didn't reach its frozen shores. And, because it's currently descending into winter, when it's completely cut off, it should stay that way for now.

Although there's no official native population here -- unless you count the many penguins, whales, seals and albatrosses -- around 5,000 people, mostly scientists and researchers, currently reside in its 80 or so bases.
Keri Nelson, an administrative coordinator at Anvers Island's Palmer Station, the most northerly US station in Antarctica, is one of them.

"I really don't think there's a person here right now who isn't grateful to be here, and to be safe," she tells CNN Travel via email.
"Some people are ready to head back home. To help people they love, and to be of use in other ways during this time in history.
"But all of us are very appreciative to be living in a place where this disease (and all of the health and lifestyle implications thereof) are absent."

While they may be geographically disconnected from the pandemic, which UN secretary-general Antonio Guterres has declared the world's most "challenging crisis" since World War II, Nelson and her colleagues are constantly keeping up with developments.
"I read everything I can about the dynamics of this situation," adds Nelson, who has worked on the continent during winter and summer seasons since 2007.
"I feel like it's my duty as a human to witness what is happening in the world."
Robert Taylor is stationed at Rothera Research Station, a British Antarctic Survey (BAS) base on Adelaide Island off the west coast of the Antarctic Peninsula.

The 29-year-old, who is from Scotland, works as a field guide, providing assistance to scientific colleagues carrying out research and ensuring all field work and travel is conducted safely.
While he's also kept a close eye on the crisis from the beginning, being so far removed meant he didn't realize its seriousness for a while.
"I remember the reports coming out of China in early January," says Taylor, who arrived in Antarctica around six months ago.
"Then the first few UK cases, and thinking that this was something minor and far away, that wouldn't affect me.
"It dawned on me gradually, as it spread and grew in prominence in the media."
While Taylor, who has moved between Halley VI Research Station and Rothera during his time on the southernmost continent, is concerned about the situation and worried for his family, particularly his grandmother, he says it's difficult to feel linked to what's happening at times.

"It's like being on the moon and looking down," he adds. "We can see what's going on, but it's a long way away."
Tourism has been thriving in Antarctica in recent years, with Arctic cruises becoming more and more popular.
According to the International Association for Antarctica Tour Operators, approximately 56,168 travelers visited the continent during the 2018 to 2019 season, marking a 40% increase on the previous year.

During that time, multi-million dollar overhauls were also confirmed for both McMurdo Station, the main US base in Antarctica, and nearby Scott Base, New Zealand's Antarctic scientific outpost, with updated facilities, including new science labs and living quarters included.

Around 78,500 tourists were expected during the 2019 to 2020 season -- the Antarctica season runs from November to late March.
However, stations began putting restrictions on tourist visits early in the year, as the virus began to spread around the world and the region was later put into lockdown, with all tourist visits canceled.

This came amid some incredibly close calls, including an incident which saw a group of Australian and New Zealand passengers on an Antarctic cruise ship evacuated after nearly 60% of those on board tested positive for the coronavirus.
Nelson, who often coordinates visits to Palmer Station, says the research station welcomed thousands of people last year, but numbers were down this season due to the crisis.

"Several ships stop by for tours of the station, and we also travel to larger ships to give lectures and do some educational outreach," she explains.
"In late January, as we watched all of this unfold, we stopped hosting visits and traveling to the large ships, so there were many fewer visitors to Palmer Station this summer."
It's difficult to say what impact the absence of visitors could have, if any, on Antarctica's tourism industry in the long term.
The number of visitors that arrive here is kept relatively low in order to protect the white continent's pristine environment.
IAATO tour operators aren't allowed to land a vessel with more than 500 passengers on board, and all coordinate with each other to ensure there's only one vessel at a landing site at any given time.