Coronavirus: Does obesity increase the risk? 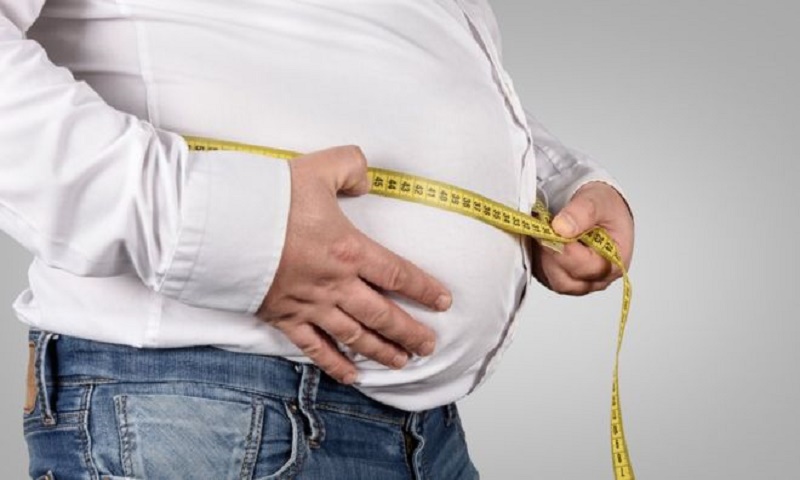 Being obese is known to increase the risk of a number of diseases, including heart disease, cancer and type 2 diabetes.

Early research suggests it may also make people more ill with Covid-19, but why is this the case?

Is there evidence obesity is a risk for the virus?

This question has been the subject of many studies as experts try to work out the answer.

A separate study of NHS electronic health records found a doubling of the risk of dying from Covid-19 among people who were obese. If other health conditions linked to obesity such as heart disease and type 2 diabetes were also taken into account the risk would be even higher, the researchers said.

And a study of critically ill patients in UK intensive care units found that nearly 34.5% were overweight, 31.5% were obese and 7% morbidly obese (a total of 73%), compared to 26% with a healthy BMI.

Body mass index is calculated as someone's weight in kilograms divided by their height in metres squared.

Given high rates of global obesity, the World Obesity Federation says a high percentage of people who contract coronavirus "will also have a BMI over 25". Early studies from the US, Italy and China also suggest it is an important risk factor.

Ageing, being a man and underlying health issues all increase the risk of becoming more seriously ill from Covid-19.

Why is being obese a risk?

The more overweight you are, the more fat you're carrying, the less fit you are and the lower your lung capacity. This means it is a bigger struggle to get oxygen into the blood and around the body. This impacts on the heart and blood flow too.

"Because people are more overweight, they also have a demand for more oxygen. So that means their system is actually undergoing greater pressure," says Prof Naveed Sattar, from the University of Glasgow.

During an infection like coronavirus, this can be serious.

"Eventually the obese body becomes overwhelmed by the lack of oxygen getting to the major organs," says Dr Dyan Sellayah, from the University of Reading.

That is one reason why overweight and obese people in intensive care are more likely to need assistance with breathing and support with kidney function.

What role do fat cells play?

Scientists have discovered that an enzyme called ACE2, present in cells, is the main way for the virus to enter the body.

Higher levels of this molecule are found in adipose tissue, or fatty tissue, which people who are obese have more of - under the skin and around their organs.

Is the immune system affected too?

On top of everything else, the ability of the body to fight off the virus - known as the immune response - is not as good in people who are obese.

That's due to immune cells called macrophages which live in our fat causing real problems when they are too active.

According to scientists, this can lead to a 'cytokine storm' - a potentially life-threatening over-reaction of the body's immune system which causes inflammation and serious harm.

"It is likely that the immune response to the virus is therefore ineffective in obese individuals, which may explain why people from BAME backgrounds who have higher incidence of obesity are vulnerable to the virus," Dr Sellayah says.

Could there be other hidden problems?

Obesity often comes with other health issues, such as a weak heart or lungs, a poorly-functioning kidney or type 2 diabetes.

This may not come to light until the development of a severe infection such as Covid-19 and they all put extra stress on the body.

Blood clots are also more likely to develop, but it's not clear why.

What about hospital care?

There are challenges when it comes to managing patients with obesity in intensive care because it is more difficult to intubate them, and to scan them because of weight limits.

Heavier patients may also be more tricky to turn, or prone, in order to relieve their breathing.

What can I do to reduce body fat?

The best way is to eat a healthy, balanced diet and exercise regularly.

Fast walking, jogging and cycling are good options, even with social distancing measures in force.

Otherwise, try to eat slowly and avoid situations where you could be tempted to overeat.