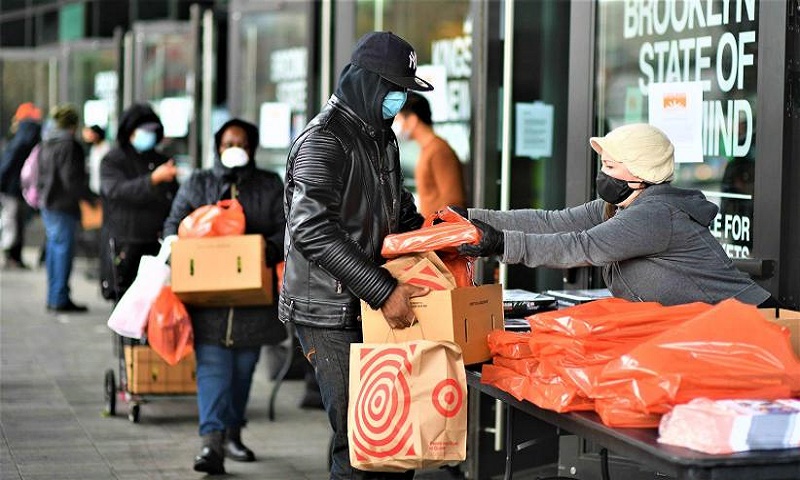 A further 3.2 million Americans sought unemployment benefits last week as the economic toll from the coronavirus pandemic continued to mount.

The new applications brought the total number of jobless claims since mid-March to 33.3 million- or about 20% of the US workforce, BBC reported.

The number of new claims reported each week by the Department of Labor has subsided since hitting a peak of 6.9 million in March.

But they remain extraordinarily high.

And the number of people collecting benefits has continued to rise, despite recent moves to start re-opening in some parts of the country.

Companies such as Uber, Lyft and Airbnb are amongst the firms that have announced cuts in recent weeks, as shutdowns halted significant amounts of travel.

Since the coronavirus has taken hold in the US, the country has suffered its worst growth numbers in a decade, the worst retail sales report on record and declines in business activity not seen since the 2008 financial crisis.

Meanwhile, weeks of elevated unemployment claims have far surpassed the prior record of 700,000.