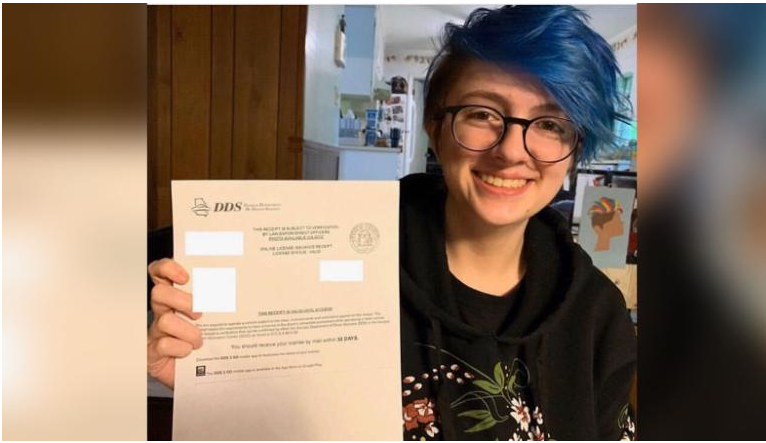 The sweaty palms on the steering wheel. The repeated exclamations of "Sorry!" The nervous glances from the examiner.

They're all part of the dreaded road test, which, for decades, has been a rite of passage for every American teenager to obtain their driver license.

"I had been nervous about the driving test -- with the parallel parking and all that," said 17-year-old Willa Pevey from Tucker, Georgia.
"So I was happy that I didn't have to do it."

Neither did thousands and thousands of other teens in Georgia. All of them got their licenses without taking an official road test. It's Georgia's way of handling the backlog of the thousands of road test requests that have been put on hold due to the coronavirus pandemic.

On Wednesday, the state's Department of Driver Services released just how many teens had their permits upgraded since the road test waiver was announced last month: 19,483 teens.

Georgia isn't the only state that is waiving road tests. Wisconsin announced this week that it will start doing the same for 16- and 17-year-olds, starting Monday.
The Wisconsin Department of Transportation estimates that out of the 16,000 road test requests that have been on hold, its new program will allow 10,000 of those requests to be eligible for the waiver.

Tom Rathkamp from Cedarburg, Wisconsin, is father to 17-year-old Stephanie and they plan on applying for her license with a road test waiver, but not without a bit more practice first.

"Both my wife and I have said that we were going to take her out practicing more to see that she's ready," Rathkamp said. "We're going to give her our own little driving test if you will because we are the ones signing off on giving her a license, we want to make sure... I think that with responsible parents, this can go without a hitch."

Some argue it's dangerous
Of course, Georgia and Wisconsin both have requirements teen drivers must meet first.
In Georgia, they must have held their learners permit for 1 year and 1 day with no violations and completed at least 40 hours of supervised driving.

In Wisconsin, teens must have held their learners permit for at least six months with no violations and completed at least 30 hours of driving with their parents.
But some parents are still wary of waivers.
Laurie Walters' son was also able to get his license online -- but because he is over the age of 18, he didn't need his parent's permission.

Sarah Casto, a driving instructor at 1st Stop Georgia Driving Academy, has started an online petition to get Georgia Gov. Brian Kemp to reverse his decision on waiving road tests.

"Everyone's response is always that parents should be responsible for their kids, but we can't assume that everyone has responsible parents. That is a dangerous idea," Casto told CNN.

Teens like Pevey, however, are psyched
It doesn't matter she can't take part in that other teenage rite of passage: taking off in their parents' Camry, license in hand, tasting freedom.
At least, not just yet -- with a pandemic raging.
"It's still really cool to have it," she said.