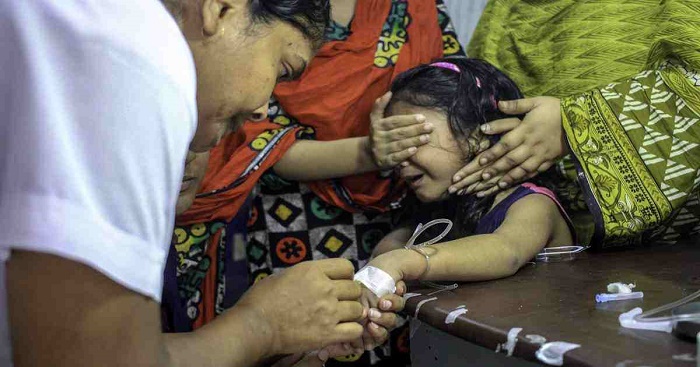 The Dhaka North City Corporation (DNCC) is going to launch free dengue tests from May 11.

"Mobile courts will be operated from May 10 and drives will be conducted from May 16 at buildings under the city corporation," DNCC Public Relations Officer ASM Mamun said Tuesday.

Fines or jail terms or both will be imposed if aedes mosquito breeding grounds are found.

A 10-day cleaning programme will be launched from May 16 to destroy mosquito breeding grounds,he said.

The free dengue tests will be available at five city maternity clinics and 22 city health centres in DSCC from 9am to 2pm every day except Friday.

Meanwhile, one new dengue case was reported in the last 24 hours till 8am on Tuesday. Since the beginning of the year, 298 dengue cases were reported, according to the Directorate General of Health Services (DGHS).

Bangladesh experienced a massive dengue outbreak last year when 101,354 people were hospitalised, putting severe strain on the outstretched health system. Of them, 101,037 made full recovery.

This year, as the country struggles to contain the spread of highly contagious coronavirus, a dengue outbreak will only make the situation worse.