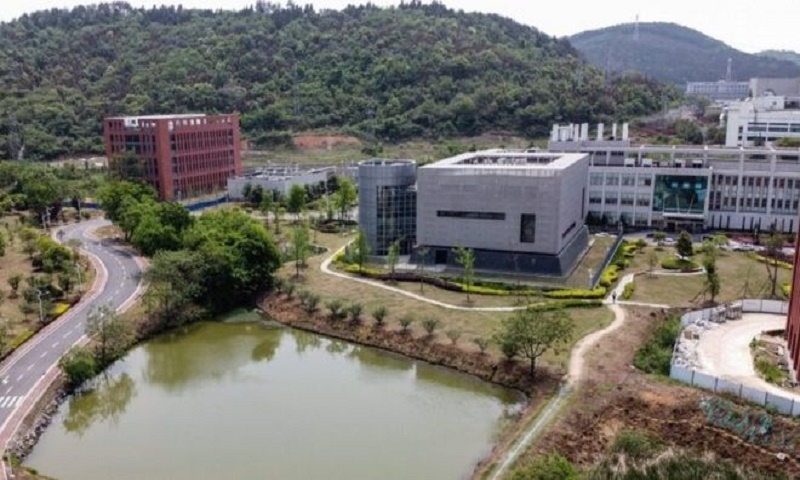 Chinese state media has accused US Secretary of State Mike Pompeo of lying, after he said there was "enormous evidence" the coronavirus emanated from a laboratory in Wuhan.

Pompeo made the claim on Sunday, without going into specifics.

In an editorial on Tuesday, the hawkish Global Times newspaper said Mr Pompeo was "degenerate".

The World Health Organization says the US claims are "speculative", and that it has seen no "specific evidence".

What did Chinese media say?

Editorials in Chinese state media often given an insight into the direction of government thinking, but there has been no official response to Mr Pompeo's comments as yet.

On Monday, the Global Times accused Mr Pompeo of "absurd theories and twisted facts", and on Tuesday the attack continued.

"Pompeo aims to kill two birds with one stone by spewing falsehoods," it said.

The editorial admitted there were "initial problems" in China's response to the outbreak, but claimed "the overall performance is bright enough to outweigh the flaws".

It also said it was "conceivable that the virus first contacted humans in other places [than Wuhan]".

The Global Times is not the only Chinese outlet to take aim at Mr Pompeo and the US.

The People's Daily said Mr Pompeo had "no evidence", while a piece on the CCTV site accused US politicians of "nefarious plotting".

What did Mike Pompeo say?

In an interview with ABC on Sunday, Mr Pompeo said there was "enormous evidence" that the virus had emerged from the Wuhan Institute of Virology.

"Remember, China has a history of infecting the world, and they have a history of running sub-standard laboratories," he said.

Mr Pompeo - a former director of the Central Intelligence Agency (CIA) - said he did not think the virus was man-made or genetically modified.

The Wuhan laboratory is known to study coronaviruses in bats. In April, President Trump was asked whether "lax safety protocols" allowed such a virus to escape via an intern and her boyfriend.

Mr Trump did not confirm the theory, but said: "More and more we're hearing the story."

Last week, he was asked if he had seen evidence that gave him a "high degree of confidence" that the virus emerged in the Wuhan laboratory.

"Yes I have," he replied - but said he could not go into specifics.

Last month, the Washington Post reported that US officials visited the laboratory in January 2018, and reported back their safety concerns.

What do the experts say?

On Monday, World Health Organization emergencies director Michael Ryan said it had received "no data or specific evidence" from the US about the virus origins.

"So from our perspective, this remains speculative," he said.

Last week, the US intelligence community said it "concurred" that the virus "was not man-made or genetically modified".

But it said it would "continue to examine" whether the outbreak began via "contract with infected animals, or if it was the result of an an accident at a laboratory in Wuhan".

Australian Prime Minister Scott Morrison said on Tuesday that the most likely source of the virus was a wildlife market. However he said he would not rule out the theory that it originated in a lab.

"What's really important is that we have a proper review, an independent review which looks into the sources of these things in a transparent way so we can learn the lessons," he told reporters.

Meanwhile, Western "intelligence sources" have told several news outlets there is "no evidence" to suggest the virus leaked from a laboratory.