Bangladesh wins in arbitration against Niko 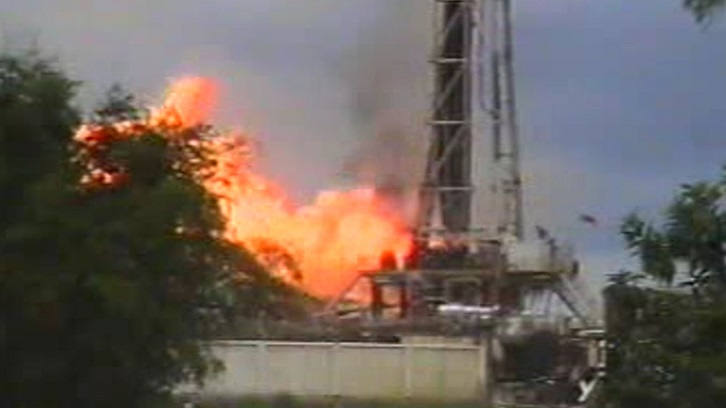 Bangladesh has won an arbitration lawsuit against Niko Resources (Niko) as an international court has found the Canadian company responsible for the blowout incidents in Chattak gas field in Sunamganj more than 15 years ago.

State Minister for power and energy Nasrul Hamid disclosed the information on Saturday. The state minister will brief the media about the verdict delivered by the International Centre for Settlement of Investment Disputes (ICSID).

On 28 February this year, the Tribunal formed under the ICSID found that Niko was liable for the blowout as the drilling was being carried out under its arrangements and supervision.

The Tribunal concluded that Niko must compensate BAPEX for direct loss and damage caused by the blowout.

The verdict will pave the way for the government to realise compensation from Niko for the damages caused by the blowout accident in Chattak Gas Field, said Barrister Moin Ghoni, the counsel of state-run Petrobangla told the Daily Sun.

“We are assessing the volume of damage and the assessment will be submitted to the court before the next hearing,” he said.

The next hearing was scheduled for September-October this year, but this might be deferred amid the COVID-19 crisis, Barrister Moin added.

“I am hopeful that we will get the full compensation early next year after the hearing,” he added.

Nasrul Hamid said the compensation would be over $1 billion due to the damages caused to properties and gas reserves in and around the Chattak gas field known as Tengratilla Gas Field.

He added that the government will not pay the outstanding gas bills to the Niko as well.

On June 15, 2008 Petrobangla and the government instituted a Money Suit to seek compensation from Niko on the order of Tk 7.47 billion for its negligent acts.

Niko had filed the arbitration case with ICSID in 2010 seeking a declaration that it was not liable for the blowout at Chattak in 2005.

After ten years of complex and prolonged proceedings, the Tribunal has now concluded that the blowout was caused by Niko’s breaches of its obligations as an Operator under the Joint Venture Agreement (JVA) between Niko and BAPEX, said Ghoni.

“The Tribunal found that Niko was liable because of its failure to conduct operations diligently and in conformity with the standards of the international petroleum industry.”

The company recently reported it was owed $37 million as of June 30 in withheld payments from its 60 per cent interest in the Bangladesh gas fields.

Niko was awarded the right to develop the Chattak gas field in 2003.

“While drilling its first well, it caused a major blowout that resulted in damage to the gas field, the environment and the surrounding area, including the town of Tengratila,” a Petrobangla official said.

A second blowout occurred as Niko attempted to drill a relief well to plug the blowout.

The compensation owed by Niko to BAPEX includes the gas that escaped from Chattak 2 Well. The identification of other loss and damage that Niko must compensate and the quantum of such compensation are to be determined at the next phase of the pending arbitration case.

In 2011, Niko was found guilty in a Calgary courtroom, Canada to bribing then BNP government-backed minister AKM Mosarraf Hoosain with a luxury SUV and trips to New York and Calgary in the wake of the 2005 blowout. The company agreed to pay a $9.5-million fine.

Article-3 of the agreement between Niko and Bapex says the development and production of petroleum from the marginal gas fields at Chattak and Feni is at the sole risk, responsibility and expense of Niko which is the exclusive operator of these fields.

As per the article 27.2 of the agreement, Niko is obliged to conduct all operations in a "diligent, conscientious and workmanlike manner and bear responsibility in accordance with the laws applicable for any loss or damage to third parties caused by the wrongful or negligent acts or omissions of the Operator".