What Coronavirus Means for Climate Change 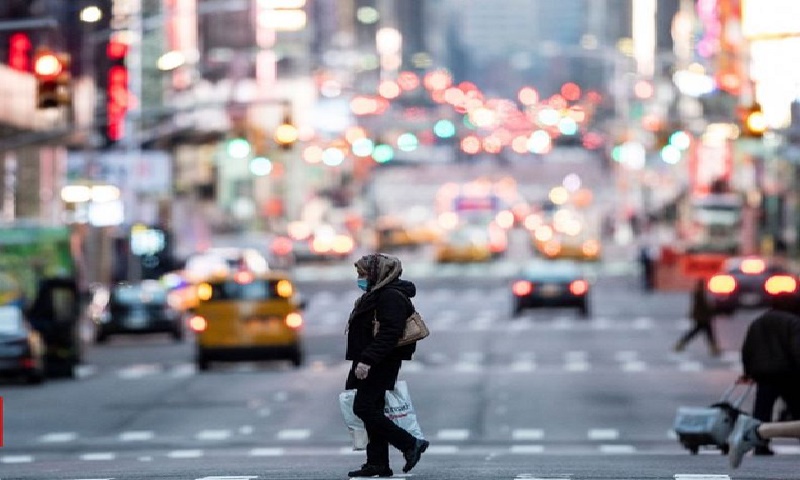 Climate change has been declared a global emergency, yet to date the world has largely failed to address it. Even the Paris agreement has not been implemented due to the veto of US. In contrast, the global policy response to the coronavirus emergency has been fast and furious. There are several reasons for this dramatic difference. Climate change is a relatively slow-moving crisis, whereas coronavirus visibly escalates over days, even hours, increasing our perception of the risks involved.

Our climate history postulates that Global warming of 3C and 4C above pre-industrial levels could easily lead to a series of catastrophic outcomes. It could severely affect our ability to produce food by decreasing the fertility of soils, intensifying droughts, causing coastal inundations, increasing the loss of pollinators, etc. The current response to COVID-19 could help usher in some of these changes. It could get us accustomed to lifestyles and work patterns that minimise consumption.

FP News on 27 March, 2020 reported that Like COVID-19, climate change is the ultimate collective action problem. Each ton of greenhouse gas contributes equally to the problem, no matter where in the world it is produced. The United States contributes 15 per cent of emissions each year; Europe, a meagre 9 per cent. Lawmakers in Brussels may choose to impose an economic cost on Europeans by ratcheting up the pace of de-carbonisation but there will be little benefit in avoided climate impacts unless others around the world do the same.

The world’s reputed Foreign Affairs journal on April 10, 2020 indicated some data that the crisis has already reduced carbon emissions. During a four-week period beginning in February, China, the world’s largest emitter, saw its emissions fall by 25 per cent. In Europe, the daily carbon emissions of the European Union’s twenty-seven member states have fallen by 58 per cent since the implementation of strict measures to curb the pandemic. In the United States, the world’s second largest emitter, the Energy Information Agency has predicted that national energy-related carbon dioxide emissions will fall by 7.5 per cent in 2020, compared to a decrease of 2.7 per cent in 2019. Researchers have determined that carbon monoxide emissions in New York City have dropped by almost 50 per cent compared to last year.

In China, measures to contain the virus in February alone caused a drop in carbon emis sions of an estimated 25 per cent. The Centre for Research on Energy and Clean Air estimates that this is equivalent to 200 million tons of carbon dioxide more than half the annual emissions of Britain. Air pollution kills 7 million people every year, according to the World Health Organization. CNN on March 18, 2020 expressed indicating a recent study that found toxic air shortens lives worldwide by nearly three years on average. The life of every child born today will be profoundly affected by climate change, according to another report.

Taking worldwide action to curb corona and implement lockdown, the climate have dramatically improved in the whole world. In China and Italy, the air is now strikingly clean. Venice’s Grand Canal, normally fouled by boat traffic, is running clear. In Seattle, New York, Los Angeles, Chicago and Atlanta, the fog of pollution has lifted. Delhi is one of the world's most polluted cities, but its skies have turned blue and many people can see the Himalaya Mountains for the first time. All this is an unexpected upside of the coronavirus crisis that has proved global air quality can be dramatically improved and fast. All over the world, pollution levels are dropping fast. The lockdowns triggered by the pandemic, with about 2.6bn people living under restrictions, are starting to have an impact not only on the virus but also on the planet.

Despite the persistent climate denialism in some policy circles and most carbon emitter countries, by now it is clear to the majority across the world that climate change is happening as a result of human activity namely industrial production. According to Council on Foreign Relations, Following the financial crisis in 2008, global carbon dioxide emission levels initially fell 1.4 per cent by 2009, but they quickly rebounded to increase by 5.9 per cent the following year as countries worked to restart their economies. Meanwhile, the International Energy Agency (IEA) has predicted an increase in methane emissions in 2020 as falling oil prices reduce incentives to capture the gas, particularly troubling as methane is over eighty times more potent as a global warming agent than carbon dioxide. The IEA says clean energy should be “at the heart of stimulus plans to counter the coronavirus crisis”. The IEA has also called on governments to launch sustainable stimulus packages focused on clean energy technologies. According to the oil-trading firm Trafigura, coronavirus may lead to global oil demand seeing its biggest contraction in history, perhaps by more than 10 million barrels per day.

Ironically environmental advocates say it is too early to celebrate and point out that any benefits are likely to be short lived. Peter Betts, previously the UK’s lead climate negotiator, now an associate fellow at Chatham House states that “Closing down our entire economies for a period of weeks or months is not going to get us toward decarbonising. There may be some positive behavioural impacts. But the real question is what happens in the recovery phase.”

The demand for climate change information, however, hasn't been as urgent and big climate headlines have not garnered similar rolling coverage. A study by Media Matters found which has been reported in CNN that the major US broadcast networks aired just 238 minutes of climate coverage last year, making up only 0.7% of overall output. Coronavirus has shown that in order to avert the worst impacts of a global crisis, world leaders need to come together to make framework change. That means enacting policies, investing in innovative green technology, switching to clean energy and getting the public to change their daily habits.

The NBC News has published an article on March 27, 2020 strongly indicating that the good news about the pandemic is that we'll make it through this. It will take a few months, but we will emerge with our networks intact and we will be wiser for the experience. The good news is also that there is still time to deal with climate change. The New York Times (March 27, 2020) suggests that perhaps the real question is not whether the virus is “good” or “bad” for climate, or whether rich people will take fewer airplane flights, but whether we can create a functioning economy that supports people without threatening life on Earth, including our own.

To avoid a natural "degrowth or slowing down of economic activities" in future due to severe climatic events, efforts to advance sustainable energy and decouple economic activities make sense. Most hearteningly, the crisis is instilling a renewed appreciation of social solidarity. The more we are forced to quarantine and isolate, paradoxically, the more we become cognizant of the need for mutuality and social relations and social conscience.