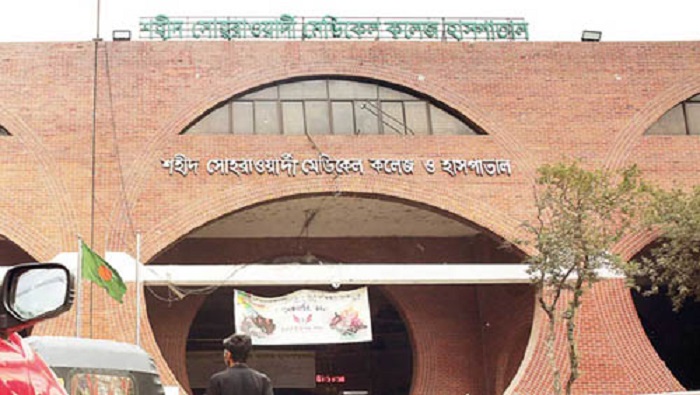 The Intensive Care Unit (ICU) of Shaheed Suhrawardy Medical College and Hospital has been put under lockdown as a string of coronavirus infection cases were detected among its doctors and hospital staff.

Confirming the matter, Dr Uttam Kumar Barua, Director of the hospital said that a total of 57 hospital staff members, including 40 doctors and seven nurses, have been diagnosed with the Covid-19, disrupting medical services of the hospital.

He also mentioned that three of those infected are anaesthesiologists. Due to this, the department’s work has been cut down, which affected the other divisions as well.

“They have all been kept in quarantines. Others are being screened,” he added.

“Those who have not been infected have kept the gynaecology and surgery departments operational on a limited scale,” Dr Barua said.

“The ICU was already shut and being used for the treatment of Covid-19 patients, and it still is. It will be reopened after being disinfected… in the next week.”

According to Bangladesh Medical Association data, more than 600 health workers, including 300 doctors, have been infected. This is a cause for grave concern for public health specialists as the spread of the disease among doctors can disrupt the health system.