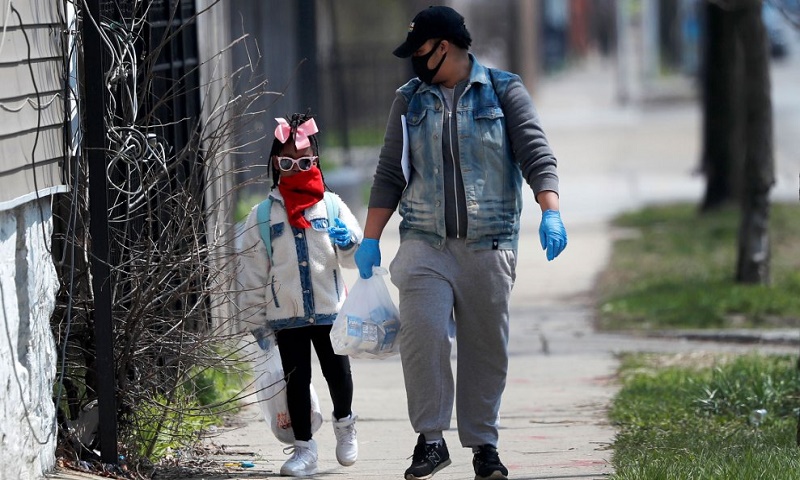 Amid the on-going COVID-19 pandemic, some hospitals refused to accept patients with symptoms of fever and cough, family members deserted their loved ones deceased due to the disease without a proper burial, patients fled the hospitals, and some owners strove to drive out their healthcare providing tenants in some places in Bangladesh. Southeast Asians came under virulent attacks in many Western cities. People even protested against establishing hospitals to treat corona patients or setting up graveyards to bury people who died of the coronavirus in some areas in Dhaka. Why did all these uncivil symptoms break out? Is it selfishness? Or, is it the fear of getting annihilated by the disease?

Whatever the reasons are, a process of othering as a consequence of stigmatisation is at work. Two parallel processes of stigmatisation such as self-stigmatisation and social stigmatisation are in operation. Social stigma a negative stereotype imposed upon a person based on some perceived social characteristics separates the person from other members of the society for discriminating against them. Social stigma has bearing on self-stigma that occurs when a sufferer internalises the negative stereotypes going around them. The negative stereotypes may cause low self-esteem, and a person with low self-esteem fails to maintain normal social relationships and may feel ashamed and hopeless. This can lead a person to avoid seeking help for their health and, in some cases, hide the problem. They do it to avoid embarrassment or fear of being shunned or rejected by the society, which has already been noticed among the sufferers of COVID-19 in Bangladesh. Many patients enrolled in hospitals for treating other health issues, suppressing the fact that they were COVID-19 positive. Many doctors, nurses, and health workers got infected by those patients.

The use of words in social and media discourses and the ramshackle healthcare system rang alarms deep down inside people's minds. Terms such as contagion, isolation, death, and viral videos of solitary burial on the social media established the human body as a suspect, an abhorrent, and a source of horror. Therefore, people want to stay away from the infected body.

In late March, a video on social media depicted a Namaz-e-Janaja of a woman who allegedly died of coronavirus infection and was buried in Khilgaon-Taltola graveyard in Dhaka city. Only three men including the graveyard's imam took part in the Nama-e Janaja and completed the burial process by wearing PPEs. Such images instil a sense of fear of desolation among the viewers and evoke the melancholy of a lonely journey to the graveyard which is quite unusual in Bangladesh where death is treated with elaborate rituals involving a large number of relatives, friends, and neighbours. The rituals, defined as a rite of passage by anthropologists, are primarily religious and are performed by family members and relatives. The signs of a potential unceremonious eternal journey create a sense of ‘otherness’ among the infected and the people around them. The infected tries to hide away the information of infection from the society while the non-infected attempts to stay away from the infected at any cost which results in the desertion of loved ones. The fear of infection gets reinforced every day with the news of unprecedented numbers of reported death in the wealthy countries of Europe and the US. People’s helplessness is exacerbated by the inability of science to come up with any medicinal remedies to the virus yet.

The poverty of health care sends a chill down the spine. The health care system is in shambles everywhere irrespective of the category of countries. The capacity is alarmingly low compared to the ferocity and virulence of the pandemic. The difference between the countries is in the degree of weakness. Privatisation and disinvestment in health care across the world during the last three decades robbed millions of people of health care. The poorer is the country, the higher is the misery. In countries like Bangladesh, corruption in the health care system, lack or poor delivery of health information, and misinformation create suspicion, helplessness, and anxiety among citizens. As a result, COVID-19 patients face the brunt of stigmatisation and othering. However, stigmatisation is not an unknown phenomenon in society. The histories of previous pandemics such as cholera, smallpox, leprosy, and plague reveal that people suffered from stigmatisation before. It seems we made no progress on this front.

Stigmatisation is wearisome because it works as a bulwark against the involvement of people in combating an epidemic. We need to create an environment that does not harbour the processes of stigmatisation and othering. A recent hand-out circulated jointly by IFRC, UNICEF, and the World Health Organisation (WHO) stipulated the methods of addressing and preventing social stigma surrounding COVID-19. They include the circulation of sympathetic stories about the struggles and survival of infected people, communicating about the available support system, sharing facts and accurate information about the disease, and challenging the myths and stereotypes about this illness.

We shall strive to stay away from the virus but not at the cost of basic human traits of love, compassion, and sacrifice.

Anthropology and Chairperson of the Department of Anthropology, University of Dhaka. Email: