Livelihood of the poor shattered 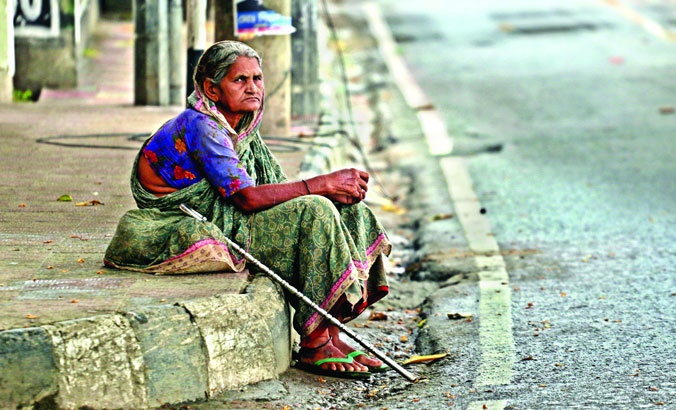 Low and lower-middle income people are likely to bear the most brunt of the COVID-19 crisis as they are seriously exposed to financial vulnerability as well as food insecurity.

The prolonged countrywide shutdown due to the pandemic has rendered many of this particular segment jobless, while some are utterly precarious about their profession and regular income.

The government had to enforce a month-long shutdown across the country from March 26 to ensure social distancing as a globally prescribed remedy for coronavirus spread.

People dependent on daily income, farmers and small and petty businessmen are the worst sufferers of the lockdown as citizens are made to stay home.

At the same time, small job holders in the private sector are also in fear of job cut and income loss because of business losses and economic uncertainty.

If the crisis continues beyond April 25, the shutdown might linger further, even for an indefinite period, and it might leave them in a more critical condition.

The World Bank last week warned that Bangladesh’s economy will be significantly impacted by the COVID-19 pandemic. The decline in national and global demand for manufactured goods, particularly in the garment sector, risks creating unemployment and deepen poverty.

The urban poor will be hardest hit while the number of additional poor will be higher in rural areas. The national shutdown will impact private consumption. While the growth is expected to recover over the medium term, downside risks remain, particularly from a domestic outbreak of COVID-19 and fragilities in the financial sector, it also said.

A new local study finds that daily income of the rural and urban poor drastically fell last week compared to that in February. While many of them were economically inactive, a large bevy of non-poor descended below the poverty line.

Similarly, job loss rate was 53 percent among construction and factory workers, 52 percent for petty businesses, 51 percent for shop, hotel and saloon assistants and 47 percent for the rickshaw pullers.

Per-capita daily income of these people was found to come down by as high as Tk93 for restaurant workers to Tk54 for agri labourers, the study also suggests.

This has forced them, including the vulnerable non-poor, to cut their daily food expenditure from 36 percent to 24 percent.

The number of households having 3 meals a day has also come down from 25 percent to 11 percent among different types of poor people.

“The poor people have been left with the most critical situation with the impact of the pandemic. They have food deficits which has caused malnutrition among them. The situation may deteriorate further in future,” noted economist Dr Debapriya Bhattacharya said.

“We’re witnessing that people are gradually becoming jobless, losing their savings and selling off their resources, while many are going below the poverty line.”

According to him, lower-middle income people are now in very financial hardship as they have shyness for social exposure and they are not targeted in fiscal incentives or relief schemes.

He also warned that the impact of coronavirus might be more serious in the countries with social inequality and deprivation, especially unemployment might rise further.

Another acclaimed economic Dr Zahid Hussain also warned that a large portion of the country’s 80 million people, who are slightly over the poverty line, are is severe risk of entering the poverty bracket again as their income has been affected seriously because of the COVID-19 pandemic.

Like some global agencies, he also predicted that the country’s GDP growth will slow down thanks to the crisis, affecting employment and deteriorating poverty.

Most economic analysts have suggested finding ways to increase direct cash flow to this segment of population so that the country’s poverty situation does not aggravate.