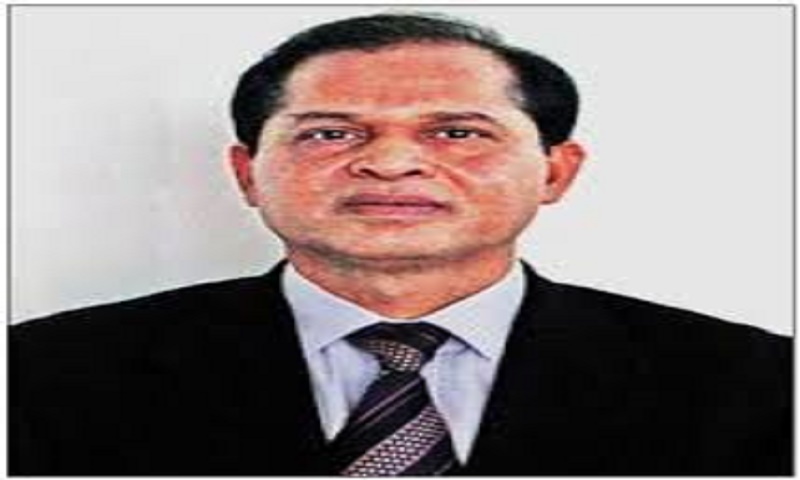 Although Bangladesh is still considered as one of the least corona virus-affected countries in the world, but it makes us worried when we see the increasing rate of corona infection and mortality. Even, the rate is higher than other South Asian countries in proportion to population size. Almost all the districts of Bangladesh are now covered by COVID-19. However, a good number of upazilas, cities and districts have been observing lockdown since last few weeks. In addition, the government, recognising the severity of the crisis, has declared the entire country as a risky zone.

As yet there is no specific medicine for the treatment of corona-infected patients; one of the major tasks for preventing corona virus spreading is to maintain the norm of social distancing, which means there should be a certain distance from person to person. We have to follow this during our movements so that corona virus cannot enter the body of a person from an infected person (as nobody knows who is infected). We know that all offices, courts, industries, factories and business organisations are closed except banks, pharmacies and kitchen markets since 26 March. Apart from the government, many people of our society are talking on this issue with utmost importance to create awareness among the people. But in reality, a good portion of our people is not listening to them. They do not care at all as they are walking around for nothing, gossiping in group in the neighbourhood, etc. If we go to a supermarket or kitchen market in Dhaka city, we can see the crowd of the buyers there. Maybe the same scenario will be seen in many kitchen markets in Bangladesh.

To control the spreading of the corona virus, those markets should temporarily be relocated in open places nearby, instead of pushing hundreds of shops under the same roof. For example, there are kitchen markets of the City Corporation at Gulshan 1 and 2 in Dhaka. Both markets are opened during the day. But, it is not possible for any human being to enter those markets and shop by maintaining any 'social distance' due to very narrow space kept between shops. While moving from one shop to another, one does not just touch the body of the other, but he has to finish his shopping through continuous pushing and shoving others and then coming out. If at least one of the shoppers in each of those two kitchen markets has corona virus in his body, I do not need to explain the consequences; corona pandemic would grasp the entire Gulshan area within no time. And by this time, Dhaka city has the highest percentage of corona infected persons as well as mortality rate in Bangladesh. We can see such situation in many other 'closed markets', that means the markets consisting smaller shops under the same roof. If this is the case, then it will not take much time to transform those markets into corona virus producing factories.

These types of kitchen markets should be closed immediately. And at the same time, the shops in those markets could be moved to any nearby bigger open space, like playground or the wider road area. In this case, there should be specified space between the shops so that the shoppers can maintain their physical distance (prescribed social distancing) and complete their purchases. I have heard about such arrangement in some districts of Bangladesh, even in some areas in Dhaka city. Just as everyone has to stay home to avoid corona virus infection, it is important to make sure that everyone can safely buy food items for their survival. As we have to take food, the government has kept the super shops and kitchen markets open. Considering the gravity of the on-going situation, we appeal to the concerned authority to organise everything so that people can go to those kitchen markets and do their shopping safely and return home. And this is very crucial.

Due to the lockdown, the economic activities of Bangladesh are almost closed. As a result, the economic growth of Bangladesh, like other countries of the world, will certainly experience a downfall. On the other hand, if the corona pandemic continues for few more months, the possibility of famine cannot be ruled out. Then, a few million new families will join in the group of the families currently living below the poverty line. Those families are facing crisis from both ends; they feel that they might die either from starvation or from corona virus pandemic. In this situation, the government has come forward and has already announced to extend their all out supports to these vulnerable groups in various ways and means. We too should come forward, with the government's efforts, to help those people in whatever capacity we can. But how long can it go on? If this continues, it might have adverse effects not only on our economy but also on the law and order situation of the country. Therefore, we need to think about some way out. It is to be noted that our government has also given green signal to opening of the closed industries through discussions.

One idea might be that keeping under complete lockdown of the area where a corona virus infected person can be found in an upazila or union of a district or a certain area of a city, we can think starting of normal economic activities in other parts of that district or cities. While doing so, we should not forget to ensure that no one can enter or exit from the locked-down site. Our authorities may like to think about this, even in a smaller space at the initial stage.

We know that Bangladesh Garment Manufacturers and Exporters Association has recently decided to open their industries in some of the areas where their workers are residing in nearby localities. But they must follow the necessary international and national practices that mean, the workers should be well protected from corona virus infection. The working system should be arranged in such a way so that physical distance between the workers is maintained accordingly. They might think of starting their operation at a smaller scale and step by step. It may be such that the first group will work for two week (like quarantine) and after reviewing the situation, they would take their next course of action. Considering the economic deadlock of our country, we honestly feel that economic activities should be started, but not with the risk of corona virus infection.

Finally, I would like to conclude by saying something in the context of the safety of those, who, in fact, are involved in the treatment process of corona virus infected persons, such as doctors, nurses and other health workers. The overall safety of these people, who provide treatment or take care of the patients with corona disease, must be ensured. Truly speaking, they are the frontline fighters in today's war against COVID-19. The doctors and their teams may give a corona virus patient enough strength and courage to continue his/her life and death fight against corona virus and in this way, they might succeed in snatching away him/her from the hands of corona pandemic. As far as I know, PPE (personal protective equipment) is very important for the doctors and others involved in the treatment of corona patients. There should not be any compromise on the quality of PPE. They must be provided with those PPEs approved by the World Health Organization. We should not forget that they can only serve us if they are safe and alive. It is better not to provide such PPEs that cannot protect them. It will be very dangerous to put them at such high risk. We appreciate the government for announcing various financial facilities for the doctors and others. However, the protection of the doctors and health workers should be given top priority. These people are nobody but the members of our families. With the initiatives of the government, let us also stand beside them and encourage them to continue their noble efforts.

While the government is taking necessary steps to get rid of the corona virus crisis, the awareness and cooperation of the people are also very important. We all understand the ultimate tragedy of this crisis and therefore, we should keep ourselves safe by following the directives of the government in preventing corona virus infection. Please, be safe and keep others safe.