Always by the peasantry 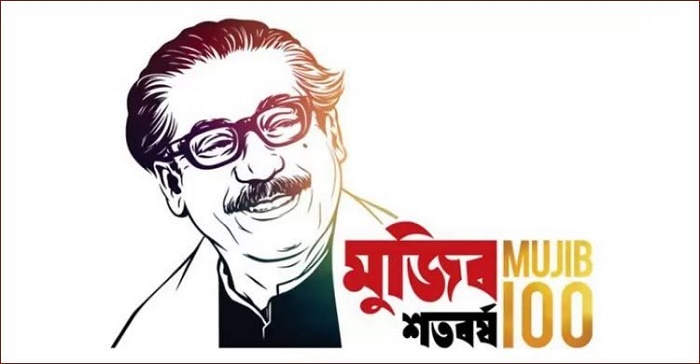 He originated from rural Bengal. He saw the pains and struggles of the peasantry from close quarters. He saw how millions of the disadvantaged rural population died in front of his eyes when they flocked to the urban settings, particularly Kolkata where he was studying in 1943. He worked hard with his friends to save these starving people from hunger by providing meals from temporary gruel kitchens. But he rightly felt that this was too little in the face of the huge demand for food for so many of them.

Nearly five million people just vanished during that Bengal famine. This left a permanent mark on his mind and hence addressing the problems of the peasantry became the central agenda of his politics and subsequent governance. In one of his speeches he said the peasants were the wretched of the earth and, of course, the most exploited. He vowed to do something to ameliorate their problems. He also said that these were the people who contributed most towards the public expenditure, allowing a fortunate few to pursue their higher education and become government officials; therefore the government officials ought to respect them and do everything possible to alleviate their miseries.

Like Tagore, he too felt that the peasantry was the backbone of civilization and they needed special attention from the elites. The scientists and the educated people must stand by the peasants to develop agriculture, said Tagore. And Bangabandhu tried to do exactly this as a leader and policy maker. It was this pro-people attitude of Sheikh Mujib that really made him a charismatic leader.

“No man in the entire history of the modern world except Mao for different reasons has hypnotized his people as Mujib did” (Mujib - The architect of Bangladesh, Y. Bhatnagar, 1971, New Delhi, R.K Printers). Sheikh Mujibur Rahman who came from the hinterland of Bengal, Faridpur far away from Kolkata mellowed a great deal, perhaps more as a man than as a politician. Being a thoroughly compassionate leader, he guided the nation step by step and bestowed upon the people an independent homeland of their own. This was not a one-off affair. In fact, he led a caravan with high hopes for a prosperous Bangladesh. It was, indeed, a protracted struggle which was initiated in his early age. And he always sided with the disadvantaged, particularly the peasants, throughout his checkered political life.

Bangabandhu was always concerned about how to improve the fate of the low-income people. He knew that the majority of the population of East Pakistan consisted of farmers who were always beyond the policy landscape of the Pakistani elites. No doubt, throughout his entire life he tried to take effective policy measures for improving their lot. This becomes clear from his electoral pledges to them in his pre-election speech just before the 1970 election, as well as prompt actions reflecting those pledges when he took charge of the independent country in January 1972. Referring to a speech of Bangabandhu at a rally on March 25 in 1975, Advocate M Rahmat Ali mentioned in an article titled “Bangabandhur Krishivabna” that from the rally Bangabandhu urged the educated people to go to their villages for farming and helping the country in producing more crops. The non-cooperation of the US in providing food support to the starving millions of Bangladesh in the difficult days of 1974 made him extra-cautious about the need for self-reliance in food production.

Bangabandhu Sheikh Mujib cherished a slogan ‘Krishak Banchle Banchbe Desh’ (The country will survive if farmers survive). This was also the motto of his initiative ‘Sabuj Biplob’ (Green Revolution) after the independence of Bangladesh. His drive for modernization of agriculture with increased public investment in procurement of modern seeds, fertilizer, irrigation machines and providing necessary support to research and development to the agricultural sector has been well documented by many researchers including this author.

Such affection for farmers manifested in Mujib at a young age. I am reopening an old chapter of Mujib’s life where he fought for the rights of the farmers. In 1948-49, Mujib led the “Dawal Movement”. The Dawals were marginalized farmers who worked in the fields of others during harvesting season and took some of the produce with them as payment. They often travelled from areas like Dhaka and Faridpur to Khulna and Barisal. Thousands of people used to travel by boats to these areas. Meanwhile, the government had adopted a cordon system at that time and even though they did not stop these people from going to cut the paddy. However, the government did not let them bring their share of paddy home. These farmers and laborers were stopped on their way home and their bags of paddy were often seized by the government. The people’s protagonist Sheikh Mujib protested against this unjust policy but to no avail. Many of the Dawals started changing their professions. When the movement gained more momentum, the government said that there would be no restriction to go and cut the harvest. However, they were not allowed to bring the harvest home with them. The Dawals would have to deposit their paddy at the government owned storages. They would be given slips which would allow them to withdraw the same amount of paddy from godowns located in their own areas. Even though it sounded like a good solution, in reality the Dawals were facing a lot of bureaucratic hassles in getting their due share. The slips were just written on a white paper, and when the Dawals wanted to withdraw their share of paddy, the officials would simply dismiss the slips showing one or the other reason. The peasants were deeply frustrated due to these hurdles raised by the government for which they were not able to get their hard-earned share of paddy.

In one occasion, around two hundred of the desperate Dawals decided to disobey the government rulings and started plying the boats filled with the paddy. After going about 10-15 miles, a launch carrying a number of police stopped their way. They even fired at the Dawals. All their paddy was forcefully seized from them at a nearby field. Sheikh Mujib heard of this incident and went to Khulna right away. He held a meeting with the Dawals and went to the district magistrate Abdul Halim Chowdhury’s house with them. The district magistrate met with Bangabandhu and let him know that there was nothing he could do. However, he promised to send a telegram to his senior officers regarding this matter. Sheikh Mujib returned with the Dawals and told them to not reap the harvests anymore until this problem is resolved. (‘The Unfinished Memoirs’, Page 103, UPL)

The intelligence branch reports of that time also corroborated the Dawal Movement. One of the reports says, “about 350 reapers for Faridpur, Dacca and Comilla. He (Sheikh Mujibur Rahman) asked them to follow him to D.M’s Bungalow in order to demand from the Dist.-Magistrate permit for going home with paddy they had obtained as their wages for reaping. […] The Dist. Magistrate told the Dawals and Sk. Mujibar Rahman that he had no power to allow them to take paddy from this district and that the Govt. order must be obeyed.” (SECRET DOCUMENTS OF INTELLIGENCE BRANCH ON FATHER OF THE NATION BANGABANDHU SHEIKH MUJIBUR RAHMAN Edited by Sheikh Hasina, Hakkani Publishers, Dhaka, 2018, VOl-1, page-89).

Around this time Sheikh Mujib visited many areas of Bangladesh and highlighted the failures of the government in meeting the pledges made by Muslim League leaders before the creation of Pakistan. He raised issues regarding the hesitation of the government about abolition of the Zamindari system without compensation. In addition, he also raised other issues related to the livelihoods of the rural people. On 17th May 1948, Bangabandhu said in a speech at Narayanganj Public Library, “There is an acute scarcity of clothes in villages. Rural people do not get clothes to purchase whereas people in the towns get sufficient supply of clothes. Clothes are being sold in black market. Barisal is a district of surplus production. Rice is being sold there at Rs. 40/- per maund. Before the achievement of Pakistan people were assured of sufficient food, clothing, justice, fair play etc., in Pakistan, but after its achievement people  feel disappointed as there has been no change in their standard of living” (SECRET DOCUMENTS OF INTELLIGENCE BRANCH ON FATHER OF THE NATION BANGABANDHU SHEIKH MUJIBUR RAHMAN Edited by Sheikh Hasina, Hakkani Publishers, Dhaka, 2018, VOl-1, page-19)

We may find thousands of such events where Mujib fought for the rights and aspirations of the ordinary of people. Undoubtedly, Sheikh Mujibur Rahman was the rabble-rousing great leader of his time who galvanized the investiture of people irrespective of class, caste, creed, or ethnicity. And thus he graduated from a national to global leader of the exploited. Globally reputed Egyptian journalist and editor of Al-Ahram Husnein Heikal, while comparing his leadership qualities with those of President Nasser aptly said, ‘Nasser is not simply of Egypt and Arab world. His Arab nationalism is the message of freedom for the Arab world. In similar fashion Sheikh Mujibur Rahman does not belong to Bangladesh alone but is the harbinger of freedom for all Bengalis. His Bengali nationalism is the new emergence of Bengali civilization and culture.” (see Shahnaz Mantoo, ‘Sheikh Mujibur Rahman: Founder of Bangladesh’, African Journal of Political and International Relations, April 21, 2015).